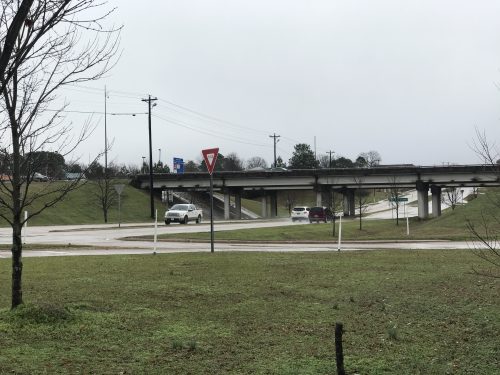 The intersection of Highway 7 and University Avenue will finally get the much talked about makeover due to the efforts of local elected officials.

State Representative Clay Deweese and Senator Nicole Boyd pushed to reserve $4 million to go towards the infrastructure project that will improve the University Ave. exit at Highway 7. The money was made available with the passing of House Bill 1730 earlier this year by the Mississippi Legislature.

HB 1730 contains a number of bond bills for different projects around the state. Lafayette County’s legislators worked to get the $4 million into the bill.

“Last spring, we began meeting with House and Senate leadership to plead Oxford’s infrastructure needs,” said Deweese. “Working with our entire Lafayette County delegation, we continued to push for the project. Receiving this funding has been a significant team effort with our mayor and city officials. I can’t say enough about the leadership and labor of Mayor (Robyn) Tannehill in presenting our case for funding. We still have significant traffic issues in Oxford and Lafayette County. I am looking forward to working with this team to secure additional funding in the future.”

“The City of Oxford has worked with our representatives in Jackson over the past three years to share the challenges of providing much needed infrastructure to our growing community,” Tannehill told the EAGLE on Monday. “It is so rewarding to see this hard work pay off. Senator Boyd and Representative Dewees have worked tirelessly this Session for our community. We are so appreciative that Speaker Gunn and Lieutenant Governor Hosemann, along with our Lafayette County delegation saw the need for this road improvement and are committed to helping us find solutions. The funds will get us started on intersection improvements at Highway 7 and University Avenue. MDOT is working hard to finalize plans in the coming months and will then provide an estimate of the total cost of the project. We will continue to advocate for our community at the State and Federal level to make improvements that are critical for our community”

In helping assist in the cost of the project, the 2020 Oxford Intersection Capacity and Safety Improvements Fund has been created and will be handled by Mississippi State Treasurer David McRae. Those funds will be dispersed to assist MDOT and the Mississippi Transportation Commission in helping cover the costs towards improvements and repairs of the HWY 7 and University Ave. intersection.

Two years ago, Tannehill estimated the full cost of the intersection project would be $9 million.

“Going into and throughout the session, Representative Deweese and I were constantly meeting with the leadership in our respective chambers on our significant infrastructure needs,” said Boyd. “Our community has not received this type of infrastructure support since 2015 when we received monies to assist with West Oxford Loop and Buddy East Parkway. Securing funding has been a total team effort from the Lafayette County delegation, including Ways and Means Chairman Trey Lamar, Representative Steve Massengill, Representative Jim Beckett and Representative John Faulkner. Mayor Tannehill has also been unrelenting in her efforts to help legislators understand our transportation needs.”