Kiffin: “Not a lot of positives” in defense’s play against Florida 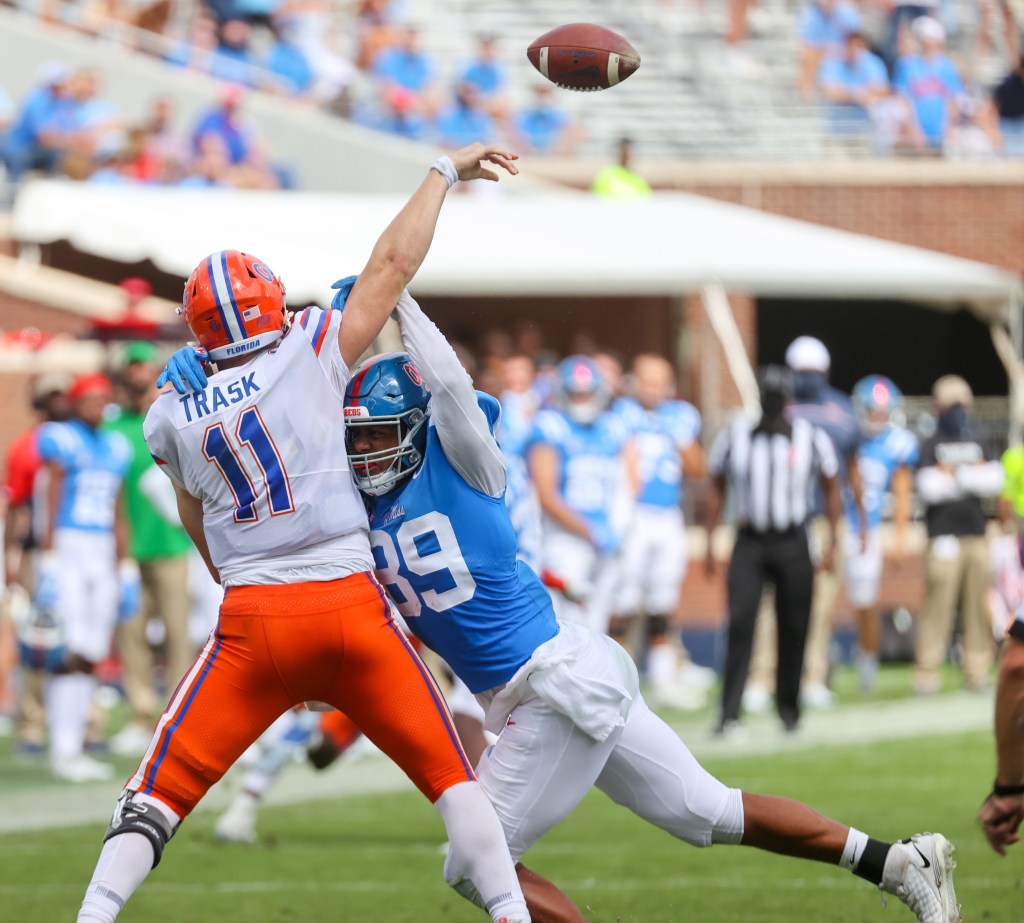 There was no sugar coating it, Ole Miss head coach Lane Kiffin knew his defense played poorly in the Rebels’ season opener against then-No. 5 Florida.

The Rebel defense gave up 642 yards of total offense to the Gators in their 51-35 loss on Saturday. The offensive production was the most by a Gators team in a Southeastern Conference game.

During his weekly press conference on Monday, Kiffin could not find anything positive to say of their performance.

“You don’t break the SEC record for Florida, who’s had great offenses and then they have the most in the history of the school. There are not a lot of positives to find there,” Kiffin said. “We did almost stop them on a third down, but then we roughed the passer, so I was kind of excited there for a second.”

Kiffin was alluding to linebacker MoMo Sanogo’s tackle on quarterback Kyle Trask late in the game on third down that seemingly got the defense off the field and a lone bright spot for the defense. A roughing-the-passer flag was called on Sanogo for what Kiffin was told by an official as tackling Trask to the ground with too much force.

Trask had his way with the Rebel secondary, throwing for a career-high 412 yards and six touchdowns. The six touchdown passes were the most by a Gator quarterback since Chris Leak in 2004 against South Carolina.

One of Trask’s favorite targets was tight end Kyle Pitts who shredded the Rebels for 170 yards and four touchdown catches. The Gators scored touchdowns on five of their first seven drives.

“Anytime you give up the numbers we gave up, it’s not just one area,” Kiffin said. “We did not get very much rush and we did not cover well. That’s not a good combination. Like I said during the game, that’s how you end up with a battle for the SEC offensive player of the year between a quarterback and a tight end. That was before Mississippi State had played, so that probably changed.”

The defense now turns the page and sets its sights on preparing for their game at Kroger Field against Kentucky. The Wildcats managed 384 yards of total offense in their 29-13 loss at No. 8 Auburn on Saturday.

On Monday, Kiffin said they had just started game planning for the Wildcats, but was complimentary of what he and his staff had seen already on film.

“This is obviously a really good team we’re playing, a lot of veteran players, especially offensive line,” Kiffin said of Kentucky. “Guys played really well last year and lost the turnovers Saturday but did some really good things otherwise. We’re going to have to play really well and get better in areas we didn’t do well in. Obviously, defense and negative plays on offense. A lot of work to do.”

The Rebels and Wildcats kickoff at 3 p.m. CT on SEC Network this Saturday.