50 Year Anniversary of the Integration of Oxford School District 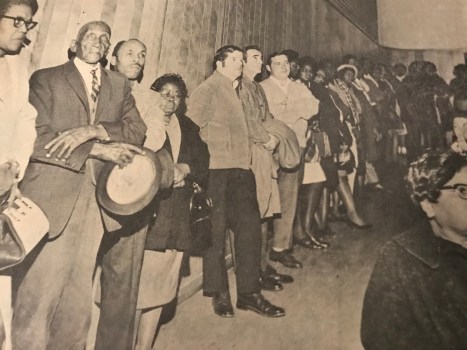 Parents stand in line at the open forum at the Oxford High School auditorium to discuss the full integration. The Oxford Eagle Archives 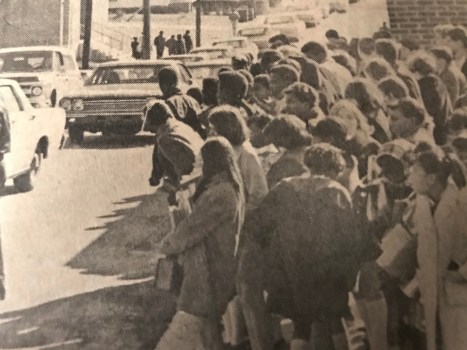 Students waiting at the crosswalk for the first day of school at Oxford 1970 spring semester. The Oxford Eagle Archives 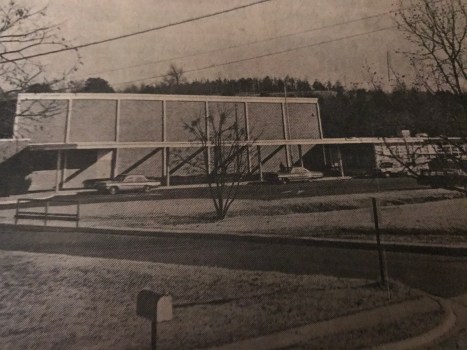 This year marks the 50th fall semester since the full integration of African American staff and students from Central School into the Oxford School District. Since 1970, the district has made efforts to bring more racial inclusivity into its schools.

While Brown v. Board of Education made state-issued school segregation illegal in 1954, the local school systems did not fully consolidate until the spring of 1970. According to Eagle archives, the state’s previous resistance was overturned by the Supreme Court for districts in Alabama, Florida, Georgia, Louisiana and Mississippi. The court ruled that total integration had to be enacted in Oxford in the 1970 spring semester.

Before full integration, some African American students did attend the Oxford School District. To attend the school, the student’s parents had to submit a form for transfer.

“We thought we were just going to class,” Davidson said. “We never knew how much hatred there would be.”

Both Davidson and Mitchell said they experienced acts of racism at their time at the high school. While they both said they took some classes that they did enjoy, they had an overall feeling of not being welcomed.

“It was a bad move, socially, but good academically because I would not have had the financial support,” Mitchell said about how she was able to receive opportunities for financial support for attending college from attending Oxford High School.

Both women attended the University of Mississippi after high school. During the winter of 1970, they were both arrested for protesting against racial inequality on campus. Last February, they received a formal apology from administrators during the 50th anniversary of the incident.

The Oxford High School received some of the high school students from Central, and junior high students from Oxford moved schools to the Central campus. Some of the faculty from both schools also remained.

Jack Adams taught math courses at the Oxford High School Campus from around 1961 to 1972. Adams said that it was an anxious time in Mississippi and that the administration made the transition quietly.

“The teachers, both white and black, had never been set in that situation,” Adams said. “Everyone was anxious.”

Adams, however, said that he could not remember any incidents of hostility happening during this time. During the first year of integration, he taught general math and said he had both African American and white students in the same classroom.

Sarah Robinson Jones was one of the African American students that attended Oxford before full integration. She transferred as a Sophomore in 1967 and graduated in 1970 with the first fully integrated class.

“It still did not change anything,” Jones said. “I still had the same classes with the same white students and me being the only black student.”

It took some time for the school systems to adjust to the changes, however, various integrated sports and activities began to be hosted in the fall semester of 1970. This included the first fully integrated Oxford Chargers football team.

Since 1970, the Oxford School District has developed more resources for racial diversity and inclusion. This includes teaching students about the civil rights movement in history class.

Jones said she went back to Oxford High School and worked 21 years in the registration office. Before she retired in 2017, she said gave guest lectures to students about the struggles she and other students went through.

“I would say a lot of progress was made, but there is a lot more that needs to be done,” Jones said.

While progress is still being made, it is still important to look back to the past to see how far Oxford has came.