The main reason Oxford-based Nicholas Air has maintained the highest standard for safety and cleanliness all throughout the current health pandemic, is simply because they had always been doing so.

The quality and cleanliness of their aircraft has been the primary concern of the private jet company ever since it began back in 1997.  Nicholas Air President and CEO Nicholas (NJ) Correnti considers this high standard to be the most important element of his operation, and has always strived to be the best–and furthermore–exceed all the rest in the business.

“That remains true,” NJ Correnti reinforced recently, “and I’ve watched how in the current environment, our entire team, from the hangar staff to the flight line, have embraced that Nicholas Air Standard for safety and cleanliness.”  He continued, “I want our Members and their guests to get on board an airplane with us, and know from the first step that no detail was left undone.  We promise them that peaceful, easy feeling, and our team rises to that occasion each day.” 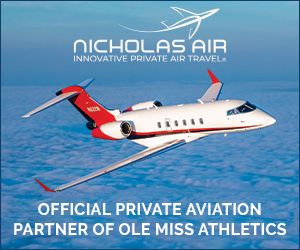 From the fleet of vehicles that drive around much of the country cleaning the planes–so they’re ready the following day–to the Captain’s final touch and approval shortly before passengers board the aircraft, every effort is made for Nicholas Air’s performance to be superior to competitors, in this regard.

Credit for cleanliness is also given partly to Nicholas Air Members, who often return to fly on the same aircraft–so naturally would want to keep them up to their own expectations.

During an interview on September 11th at University-Oxford Airport, Nicholas Air Vice President of Sales & Marketing, Peder von Harten, also spoke to the importance of a Nicholas Air Member’s first impression upon boarding one of the 23 planes they currently have in the air.

“That’s really the promise that he (NJ) had when he first started this business…to deliver a product that was better than what you’re going to find elsewhere, and that really starts with getting on board,” he said.  “You look at the interior of an airplane for the entire flight …so you do start to notice little subtle things about the plane,” von Harten added.  “He’s been really passionate about providing a safe airplane. Since day one, 23 years ago when he started this company–that’s been his mantra.  We wanted a better product than what you’re going to find elsewhere.”

Also regarding the cleanliness of the aircraft, Nicholas Air Director of Hangar Operations Jackson Duncan gave some insight into the behind-the-scenes cleaning undertaking.  “We receive an aircraft into an airport that we will travel to. We’ll get on board and by way of a thorough checklist, we make sure the aircraft is detailed top-to-bottom,” said Duncan.  “We go through every nook and cranny.”

While commercial airlines have been struggling and seeking huge bailouts, some in private aviation have seen an uptick

It’s been an exciting past several months for Nicholas Air, as they’ve added two new Embraer Phenom 300Es–a best-selling jet–to their already existing fleet of the popular aircraft.  “We got these new, directly from the manufacturer.  This is exceptionally rare because there are not a whole lot of companies that are still taking deliveries of new airplanes this year,” said the VP von Harten.  “So for us to be able to do it speaks to both our financial strength and the growth of demand our company’s programs,” he added.  “More and more people are getting into flying private, while at the same time protecting their families.”

Among the other aircraft that Nicholas Air offers are the Phenom 100, Pilatus PC-12, Cessna Citation CJ3, Citation Latitude, and the Bombardier Challenger 300–the latest addition prior to the pair of Phenom 300Es.

NJ Correnti provided additional insight on his company’s prosperity, which includes the emphasis on the relationship with its Members.  “Our approach to fleet growth is predicated on data and analytics, but a key part is the feedback from our Members. Our Members are an integral part of all of our decisions at Nicholas Air, as we are here to provide a program that best suits how they want to fly, and what they desire most from their private aviation relationship.”  Correnti continued, “we look for trends in their purpose of trip, we ask for their feedback on various aircraft types, and we take all of that information to help us make the next round of decisions. This year, it was clear that the demand for our product is at a very high level, and our recent fleet growth is a testament to that.”

Each and every flight calls for some level of personalization

As the guest of a luxury hotel might require particular accommodations, similarly do many who prefer private air travel.  This communication begins with the relationship between the Member and the Member Services team, according to Correnti.  “Our leaders in that group work tirelessly with their teams to make sure we never lose that personal touch,” he said.  “Not every Member is the same and not all travel for the same reasons.  You may have the business traveler that prefers complete quiet on board the plane and three specific newspapers, or you may have the leisure traveler whose kids love to interact with the pilots—knowing these details and knowing why our Members are traveling allows the Member Services team to relay that to the pilots so that every mission is custom-tailored to that specific Member,” said the CEO of nearly a quarter century.

What’s the geographic significance of their home in Oxford?

It was as a youth in Arkansas that NJ Correnti began feeling drawn to aviation.  When he finally achieved his longtime goal, set for himself as a teen pilot–to one day own a private aviation company–he brought with it attention to Southern hospitality.  This, among other assets Oxford has ingrained in its appeal–including quality of life, greats schools, dining and nightlife options–are a great benefit to his operation, but also is its position in the Mid-South.

“Operationally, Oxford offers us the ability to service our Membership at perhaps the highest level,” said Correnti.  “Yes, you have the schools and quality of living for our team, but being so centrally-located allows us to reach all corners of our operation without issue. From Oxford, we can touch both coasts, we can head north to Canada and Alaska, or south to the Caribbean and into South America. They are all equidistant and are done in relative ease in our program. Not being in New York or Boston or Miami allows us to keep our costs down as well, ensuring that each dollar can go into the operation so that we can better serve our Members, as opposed to overpriced real estate, congested airspace, and heavy commutes to the airport.”

The most outdoor-pursuit-friendly brand in the industry

“You’ll see dogs on board–I’d say two-thirds of Nicholas Air flights.  It’s an interesting phenomenon because there are companies that will say no dogs at all, and for us, they are part of the family,” said Peder von Harten.  Numerous Members have ranches and hunting camps at their destinations and prefer traveling with their canine companions and with their own guns.

The VP of Sales & Marketing said of his own Labrador Retriever, “she’ll get on the airplane, she’ll lay at my feet, and fall asleep at my feet until we land,” said von Harten.  “Almost like clockwork she’ll pass out–and that’s a really common feature for a lot of dogs.”

Caring for Hearts At Home