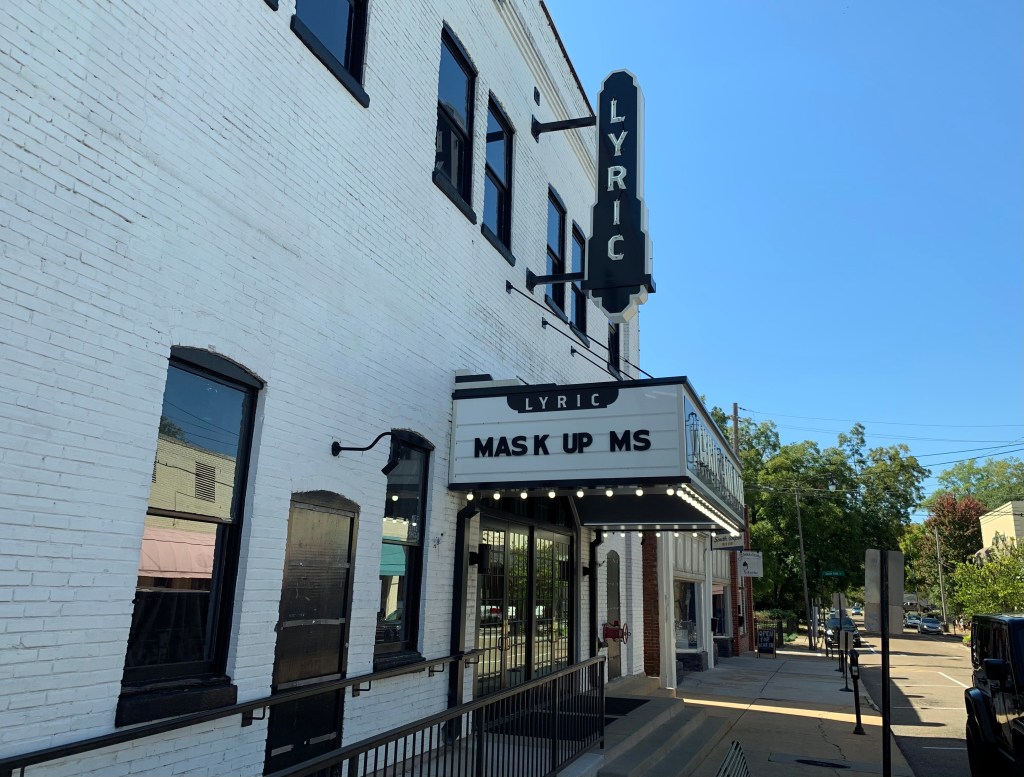 The Oxford Board of Aldermen voted to keep their indoor mask mandate in place during a special meeting called on Thursday, Oct. 1, 2020. Masks are not required outdoors, unless where social distancing is not possible. (Jake Thompson/Oxford Eagle)

The statewide mask mandate expired on Wednesday, but the City of Oxford’s is staying in place for now.

During a special meeting called on Thursday, the Board of Aldermen voted to keep their mask mandate in effect despite Governor Tate Reeves’ allowing his to expire at 5 p.m. on Wednesday. Municipalities are allowed to be more restrictive with their ordinances, but not laxer than the Governor’s executive orders.

The vote was 5-1 in favor to require masks be worn indoors for all businesses and public buildings inside Oxford’s city limits. Masks are not required outdoors in public spaces unless social distancing is not possible, such as waiting in lines to enter a restaurant or bar or at a concession stand.

Aldermen Jason Bailey, Rick Addy, Kesha Howell-Atkinson, Mark Huelse and John Morgan voted in favor while Alderman Preston Taylor voted against. Taylor made a motion to keep the mask mandate as it, where it was required indoors and outdoors, but died for lack of a second. Hulse then made another motion, which was the one that passed.

Alderman Janice Antonow was not present for the meeting while Atkinson, Huelse and Morgan were present via telephone.

“I believe that these masks are critical for us indoors and the majority of our citizens feel more comfortable going into businesses and continuing to keep our economy going strong if masks are present,” said Mayor Robyn Tannehill during the meeting.

Prior to voting on the mask mandate, the Board also voted to expand the maximum capacity inside businesses to 75 percent, matching Reeves’ latest executive order that runs through Nov. 11.

Bailey was in favor of allowing businesses to have more customers inside their stores at one time, as long as the masks were still required indoors.

“Whether we like it or not, I think the masks are an economic driver for us right now,” Bailey said. “Meaning, that if we want our businesses to continue and our citizens to shop in a safe way, I think we need an indoor mask requirement.”

When it comes to restaurants, the Board voted to allow up to 10 people at a table as long as the tables stay at least six feet apart from one another. Bars and restaurants are also allowed to now stay open until 11 p.m. Monday through Saturday, matching Reeves’ executive order. The Board was split with a 3-3 vote, which required Tannehill to be the deciding vote and she voted in favor of the new requirements. Aldermen Taylor, Howell-Atkinson and Addy voted against the motion.

Reception halls and conference centers were allowed to raise their capacity up to 50 percent of maximum capacity. If it is a reception for seated dinners only, the capacity can go up to 75 percent and may have up to 10 guests per table instead of six. Movie theatres and auditoriums can have up to 50 percent maximum capacity, both indoors and outdoors.