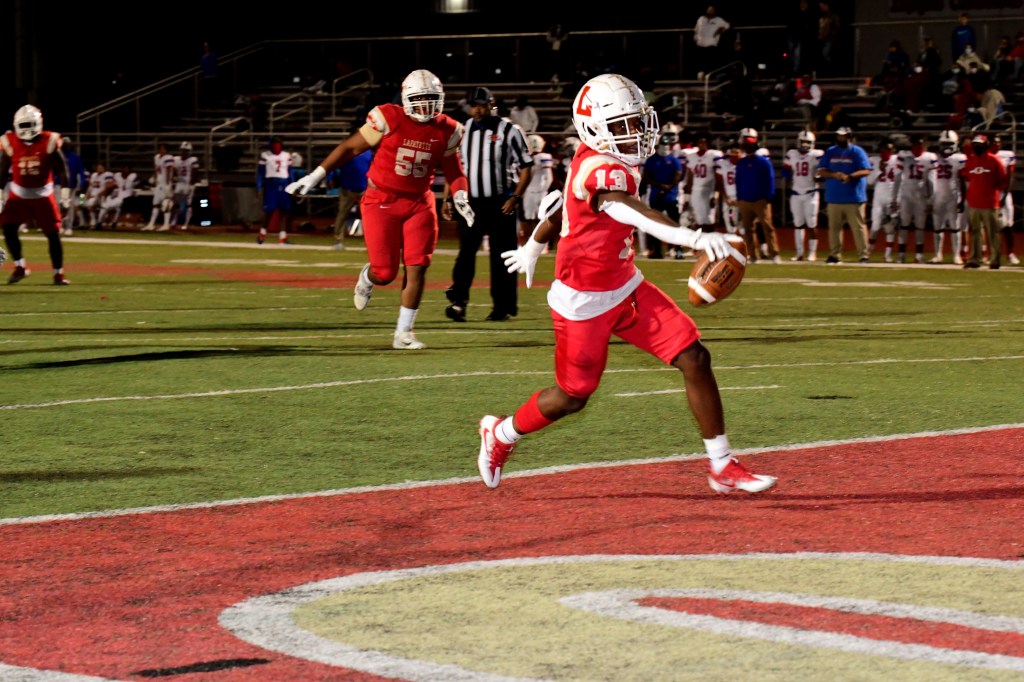 A pandemic and a potential natural disaster has altered the Week 6 schedule for MHSAA football.

Oxford is getting the week off after their scheduled opponent reported a COVID-19 outbreak, causing a shutdown of the football program for two weeks.

Meanwhile, the looming threat of Hurricane Delta to the majority of Mississippi later this week has moved nearly all Friday night contests to Thursday. This includes Lafayette’s road trip up to Center Hill and Water Valley’s home contest against Independence, which are now both kicking off 24 hours earlier than originally scheduled.

Oxford already had their planned bye week last month, but with DeSoto Central reporting an outbreak among their football program on Monday, the Chargers will get the chance to rest up on Friday due to the Jaguars having to forfeit this week’s game.

The forfeit means the Chargers improve to 5-0 on the season, but more importantly move to 3-0 in Region 1-6A play without having to play a snap this week and seemingly puts them one win away from securing a berth into next month’s Class 6A playoffs where they will look to defend their 6A state crown.

Oxford also keeps their winning streak alive, moving it up to 18 straight victories since September of last year.

For DeSoto Central, it drops the Jaguars to 2-5 over all and to 0-4 in region play with this week’s forfeit against Oxford as well as their game against Hernando, scheduled for Oct. 16. The Jaguars will return to the field against Tupelo on Oct. 23 with their backs against the wall as it relates to their postseason hopes.

‘DORES BACK ON TRACK

After a setback against West Point to open region play two weeks ago, Lafayette got back to their winning ways last Friday.

The Commodores celebrated their true homecoming with a 35-14 win over Grenada to get to 1-1 in Region 1-5A play. The offense jumped out to a quick pace while the Commodore defense shut down the Chargers early.

Getting back into the win column in region play is crucial during any season, but especially in 2020. With COVID-19 causing cancellations of games, leading to teams having to forfeit and take losses, getting as many wins as possible in as many games as possible is vital to making the postseason this year.

“You take each day, you don’t take it for granted because you don’t know what’s coming,” said Lafayette head coach Michael Fair after their win. “This stuff is a silent deal and it can creep through a locker room and or through a classroom and not even know it’s coming. We’re very fortunate and feel very blessed to be able to play this game tonight. This was a big win for us.”

Now, with one less day to prepare, Lafayette (3-2) looks to keep pace in the region as they travel to a Center Hill team that is undefeated in 1-5A after the first two weeks.

The Mustangs (4-1, 2-0) present a challenge to all defenses with their wishbone, or triple option, offense. Lafayette has managed to crack the code in slowing down the Mustangs, having defeated them the past three seasons including last year’s 24-7 victory.

Water Valley took two tough back-to-back loses on the chin after their dominant season-opening win at Bruce, but that changed last week.

With Region 2-3A play kicking off, the Blue Devils traveled to Byhalia and came away with a crucial win to begin their quest for a postseason berth.