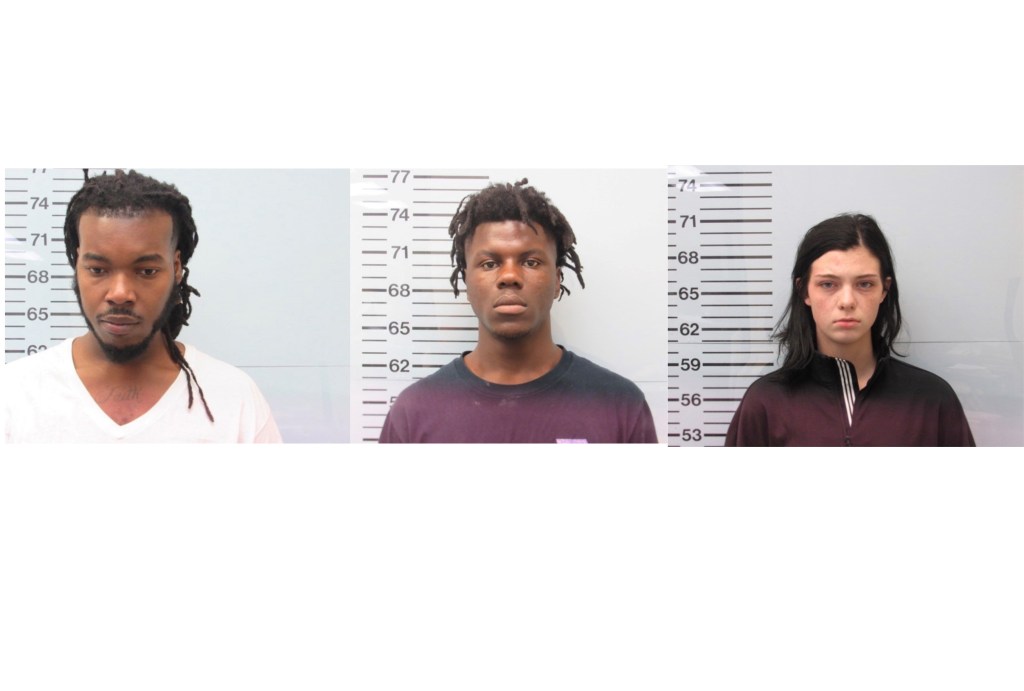 Four residents of Lee County are facing charges in relation to a string of vehicle burglaries in Oxford, according to the Oxford Police Department.

On Oct. 6, officers responded to the 200 thru 400 block areas of Olive Branch Way at approximately 2 a.m. for a report of multiple vehicle burglaries. While officers were meeting with those who reported the burglaries, additional officers were sent to the 1400 blocks of Fillmore and Pierce Avenue for reports of alarms going off at a residence with people inside the residence in question.

Officers began canvassing the area for potential suspects and came in contact with a group of people seated in a vehicle in the area. During an investigation of the vehicle, officers found information that led to the detention of the four individuals who were taken to the Criminal Investigation Division for questioning.

Throughout the remainder of the day, more reports of auto burglaries came in and investigators and officers were able to locate several stolen items. There were a total of 28 vehicles and two residences that were burglarized during the early morning of Oct. 6, according to OPD.

The four individuals were identified as Surry Collins, 25 of Tupelo; Noah Collins, 20 of Tupelo; Shelby Underwood, 18 of Mooreville and Darquavion Morrow, 22 of Tupelo. All four were charged for their alleged roles in the auto and residential burglaries.

Murrow avoided be apprehended by OPD, but was later arrested by the Tupelo Police Department and is being held in Lee County awaiting transport back to Oxford once Murrow’s other criminal charges in Lee County are resolved.

Surry and Noah Collins, along with Underwood, were brought before a Lafayette County Justice Court Judge and issued bonds of $30,000. Noah Collins has a hold for the Mississippi Department of Corrections and Underwood has a hold placed on her for the Lee County Sheriff’s Office for crimes committed in their jurisdiction.

Board of Aldermen vote no for extended alcohol sales,…