Ole Miss falls to No. 2 Alabama in a showcase of offense 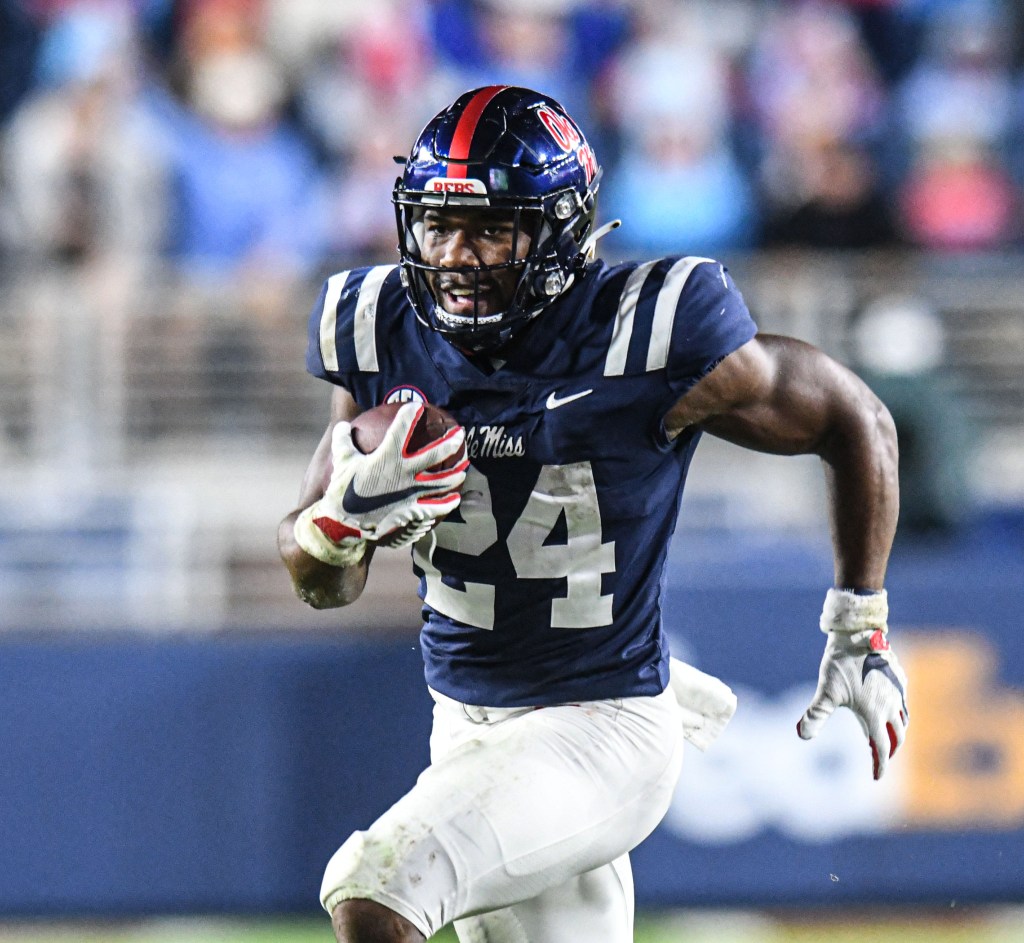 Ole Miss running back Snoop Conner (24) runs for a first down against Alabama at Vaught-Hemingway Stadium in Oxford, Miss. on Saturday, October 10, 2020. (Bruce Newman)

For anyone who is a fan of defense, Ole Miss’ game against No. 2 Alabama on Saturday was not for them.

The record books were thrown out after both teams combined for 1,370 total yards of offense was the most in an Southeastern Conference game. The combined 111 points were also the most points scored in an SEC game that did not go into overtime.

“To beat that team you have to play perfect and we didn’t do that,” Kiffin said. “Obviously, we didn’t play well on defense. We didn’t tackle well.”

Statistical and moral victories are not something Kiffin had in mind when taking the Ole Miss job, especially going against his former boss in Alabama head coach Nick Saban. Regardless, the Rebels’ provided plenty of thorns in Saban’s side throughout game with the way their offense scorched the Crimson Tide defense for 647 yards.

The Rebels finished with 268 yards and four touchdowns on the ground.

Matt Corral continued his strong start to the season, throwing for 365 yards and two touchdowns.

All night the Rebels were trying to keep pace with Alabama (3-0), trying to match touchdown for touchdown and did so on six of their 12 drives.

With his defense unable to get Alabama off the field most of the night, Kiffin gambled with an onside kick attempt following a 68-yard touchdown reception by Kenny Yeboah. The Rebels were unable to recover the attempt, which was illegally touched by kicker Luke Logan anyway.

As well as the Rebels’ offense performed on Saturday, the performance by their defense was just as bad. The Crimson Tide racked up 723 yards of offense and nine touchdowns. Seven of those were rushing touchdowns.

Najee Harris finished with five touchdowns and 206 rushing yards on 23 carries for Alabama. One of the few bright spots for the defense was a career first for Harris when defensive back Jakorey Hawkins stripped the ball out of Harris’ arms. It was the first fumble by Harris during his Alabama career, who had 466 touches without one.

“You just don’t get chances like this and I don’t think kids understand that,” Kiffin said. “You don’t get many chances to beat the number one team, the best program in the country and it’s right there to take.”