Oxford volleyball sweeps Starkville to advance in 6A playoffs 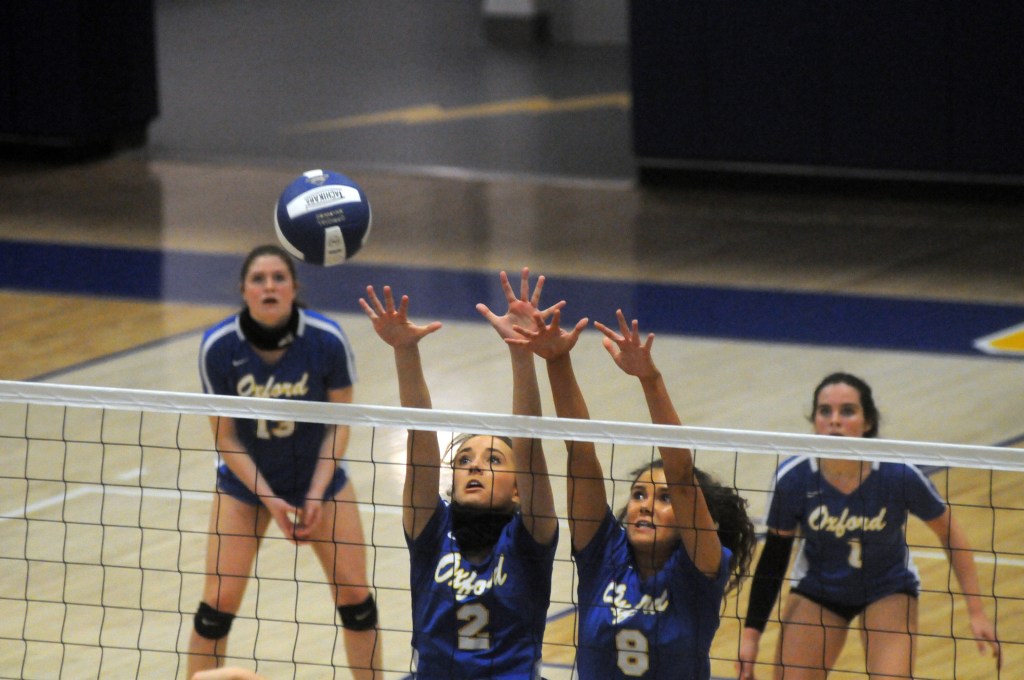 When Oxford volleyball played Starkville on Sept. 12, the Yellowjackets got the better of a depleted Chargers’ roster in a 2-0 victory.

The Chargers will host DeSoto Central in the second round on Saturday at 6 p.m.

Both matches between the two teams were closely contested. Starkville had the upper hand in the first meeting, due to the Chargers having several key players in quarantine due to COVID-19. Tuesday’s match saw both rosters healthy and Oxford took advantage of it.

“That was good experience because some of those girls got to step up and kind of see some things and we were able to learn from that,” Oxford head coach Ashley Martin said about their first meeting with Starkville. “Being able to bounce back, we watched a lot of film. Worked on a lot of things and just kind of determined what we needed to do and how we needed to do that tonight.”

Oxford got off to a slow start the first two sets before eventually rallying back for the 2-0 win. They were down 10-4 early in the in the first set when junior Catherine Bianco gave her teammates a pep talk during a timeout.

Martin credited the leadership of Bianco in righting the ship during the timeout and throughout the rest of the match. On the court, Bianco finished with 10 digs, four kills and two aces.

“I told them that it’s just another game like always,” Bianco said. “We shouldn’t be surprised that (Starkville was) here to play because it’s the playoffs. It’s the postseason and we’ve got to be ready for anything.”

Oxford took command of the third set and cruised to the first round victory.

Ainsley Tacke led the Chargers in digs with 15 and kills with 14. She tied with Brianna Lyons for a team-high six aces, who also recorded eight digs and five kills. Sara Kate Bundren finished with seven digs.

The Chargers will have their work cut out for them if they want to advance to the North Half Championship on Oct 20. DeSoto Central defeated Oxford 3-0 in both of their regular season meetings earlier this year.