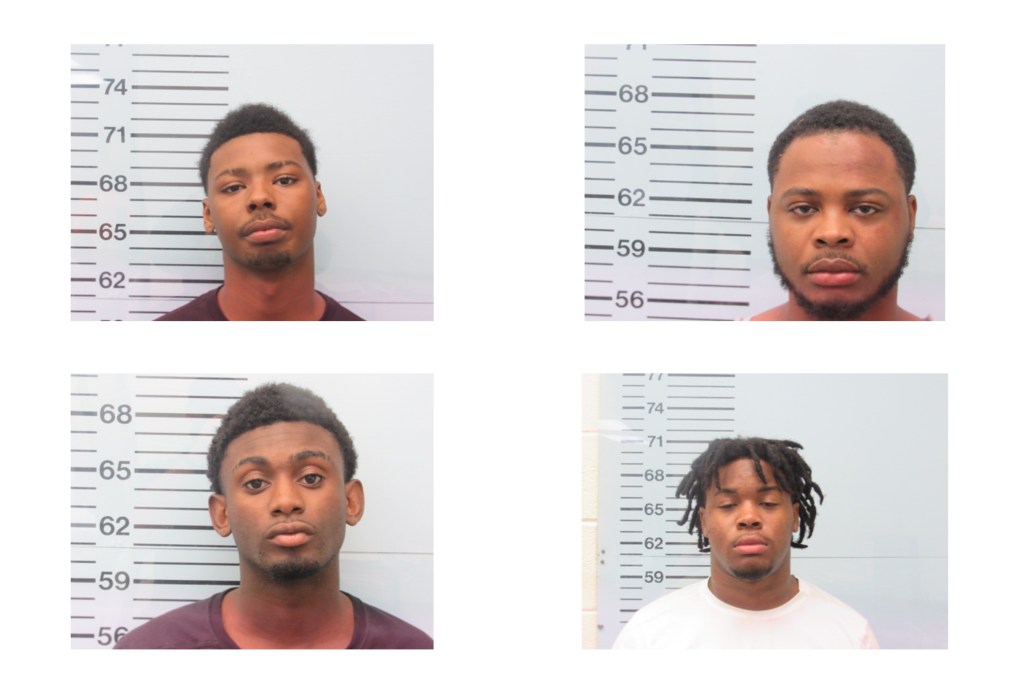 Laquavious Swinney, top left, Dequavious Luckett, top right, Kentris Bolton, bottom left, and Dallas Smith, bottom right, were all arrrested and charge in connection with an armed robbery at a residence in the 400 block of Olive Branch Way, according to the Oxford Police Department. (Oxford Police Department)

At approximately 2:35 a.m., officers with the Oxford Police Department were sent to the 400 block of Olive Branch Way, in the Highland Square neighborhood, for a reported disturbance. Upon arrival, officers were forced to make entry to the residence after hearing people inside calling out for help.

Once inside, officers encountered multiple armed individuals, who immediately fled the residence.

A perimeter was established and three out of the four armed suspects, identified as Dequavious Luckett, 20; Laquavious Swinney, 18 and Kentris Bolton, 17, who is charged as an adult, were apprehended by officers without incident after a search of the area was performed. The fourth suspect, identified as Dallas Smith,19, turned himself in to law enforcement on Tuesday night. All four men are from Jackson, according to OPD.