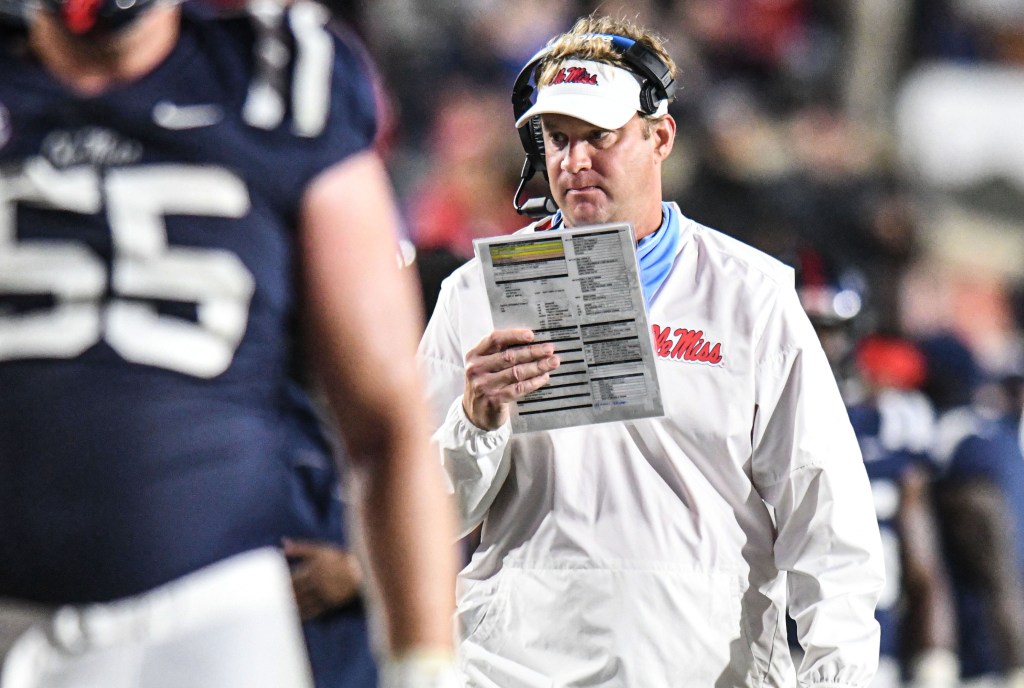 Ole Miss was down two key defensive players last week against Arkansas and could possibly be without more against Auburn on Saturday.

Last Wednesday, Lane Kiffin said the football program was dealing with a COVID-19 “issue” for the first time since fall camp concluded last month. The results of that issue included cornerback Jakorey Hawkins and defensive end Tariqious Tisdale not playing against the Razorbacks.

During his regular Monday press conference, Kiffin stated they were still dealing with the issue as more positive tests were reported within the program over the weekend.

“We got some more in the last three days,” Kiffin said. “It’s becoming very challenging. You guys probably did the math and figured out that we had two starters out last week. This is not easy, especially when for whatever reason, it continues to hit us on defense.”

Kiffin did not give specific numbers of players out due to positive tests or the subsequent contract tracing that follows a positive test being reported.

Linebacker MoMo Sanogo was a little more forthcoming with what the defensive unit has been dealing with when it comes to COVID-19, as well as what has caused the program to go two straight weeks with cases and quarantines following four weeks of negative test results.

“Really, the way COVID is on defense is close contact,” Sanogo said. “Guys have continued to test negative, but it’s a mandatory 14 days. That’s the issue. … I think people just got comfortable that we hadn’t had any positive tests. Maybe people got too lax, out and about a little more. I’m not too sure.”

Players who test positive only have to sit out 10 days before being able to return to the field, once they test negative and have been without symptoms for a 24-hour period.

Despite being without Hawkins and Tisdale in Fayetteville, the Rebels had their best defensive effort of the season. The Razorbacks had 394 yards of total offense, which is the lowest output by an opponent allowed by Ole Miss through four games.

While the defense is struggling to keep numbers up regarding available players, the offense has not had the same difficulties when it comes to COVID-19. All Rebel starters on offense were accounted for and present in Arkansas this week. However, wide receiver Elijah Moore did not really have an answer for why only the defensive locker room is having trouble with it.

“I don’t really know,” Moore said on Monday. “Matt (Corral) is always being the one telling us, ‘Don’t go out.’ I don’t really know what they say (in the defensive rooms), but we all just try to stay away from as much people as possible. Football is more important than partying. I can’t really speak for them.”