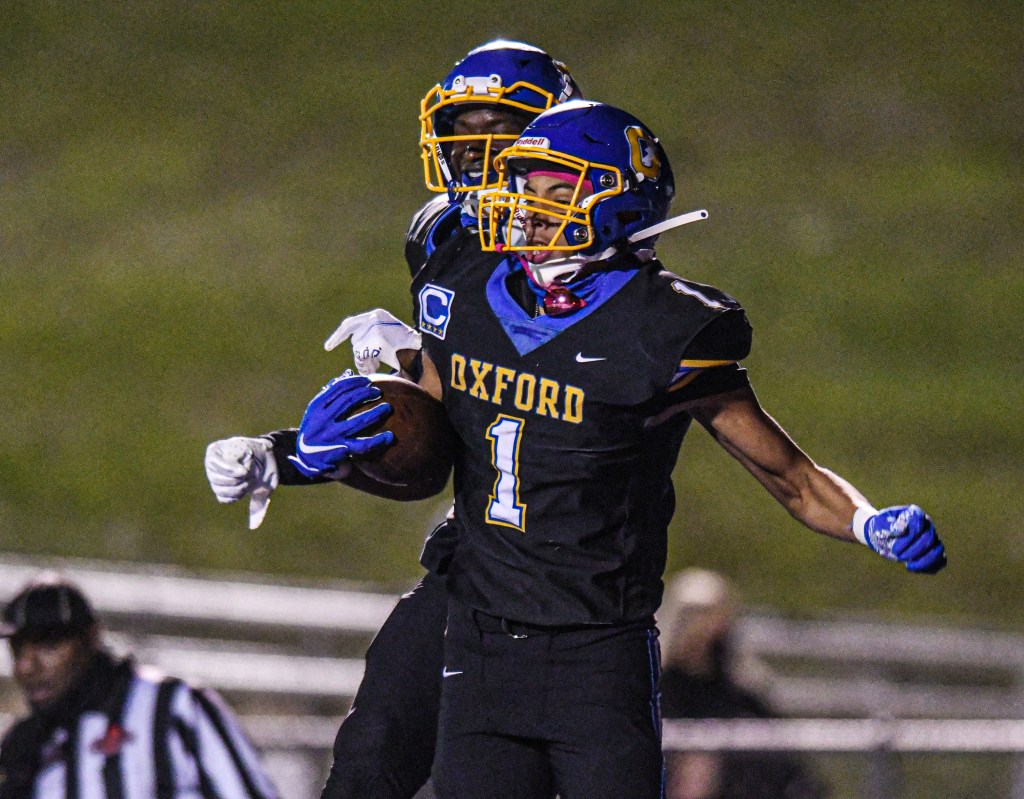 Everything is still in front of Lafayette, Oxford and Water Valley as the regular football season is nearing its conclusion.

The Blue Devils and Chargers secured their spot in the playoffs with wins last Friday, but the ability to better their standing and a potential regional championship is still within reach for both.

Lafayette took care of business against winless Saltillo last week, but the Commodores are mired in a chaotic Region 1-5A after four-time defending 5A champion West Point suffered back-to-back losses.

The No. 5 Chargers dominated Horn Lake for the 50-27 victory last week, clinching a postseason berth and allowing the defending Class 6A champions the opportunity to defend their title.

Despite knowing they will be one of the four teams to represent 1-6A next month, the Chargers (6-0, 4-0 1-6A) want to win their second straight region title. With three games remaining, including Friday’s home game against Olive Branch (4-3, 1-3), each game is crucial.

COVID-19 has already taken one game away from the Chargers’ schedule, when DeSoto Central had to shutdown their program for two weeks due to an outbreak. Knowing that same thing could happen to Oxford, resulting in a forfeit, each win is vital.

The Chargers are only worried about one thing in late October, though.

“Our job is to continue improving,” Oxford head coach Chris Cutcliffe said after Friday’s win. “We want this to be the worst game we play the rest of the season. That’s got to be your mindset. So, just finding ways to stay hungry and keep getting better as a football team.”

Back In The Race

The past few years have seen Lafayette having to play from behind in 1-5A after suffering opening losses to West Point to begin region play. That was the case again this year, after the Commodores came up just short once again, but the Green Wave have come back to the pack.

With losses to Lake Cormorant and Grenada the past two weeks, West Point is sitting at 2-2 in the region standings and currently on the outside looking in in fifth place. There is still plenty of football to be played, but Lafayette (4-2, 3-1 1-5A) has found themselves in a four-way tie for first with Lake Cormorant, Center Hill and Grenada.

Coming off last week’s 20-0 win at Saltillo, the Commodores find themselves presented with an opportunity to clinch their first region title since moving up to 5A in 2017. Lafayette is also trying to secure its first home playoff game since 2016.

A win at New Hope (2-5, 1-3) this week will help secure the Commodores a playoff berth.

“We got an opportunity in front of us and a lot of playoff implications,” said Lafayette head coach Michael Fair. “Every week somebody’s getting beat that might not supposed to. We’ve got to guard against that. We’ve got to improve.”

After starting the season in quarantine and missing their season opener, Water Valley has rebounded nicely throughout the season and find themselves with a chance to win a region title.

The Blue Devils (4-2, 3-0 2-3A) defeated Holly Springs last week to secure a spot in the Class 3A playoffs, but there is more to be had with two weeks remaining in the regular season.

The region felt like it would come down to the Blue Devils, North Panola and Senatobia, which is how things stand entering Friday, when Water Valley hosts North Panola (5-1, 3-0) in their final home game of the regular season. If the Blue Devils can defeat the Cougars for the third straight year, and Senatobia (4-2, 2-1) defeats Independence, then it will set up a showdown between Water Valley and the Warriors next week for the 2-3A title.

If Water Valley defeats North Panola and Independence defeats Senatobia, then the Blue Devils will clinch the region title with a week left in the regular season.