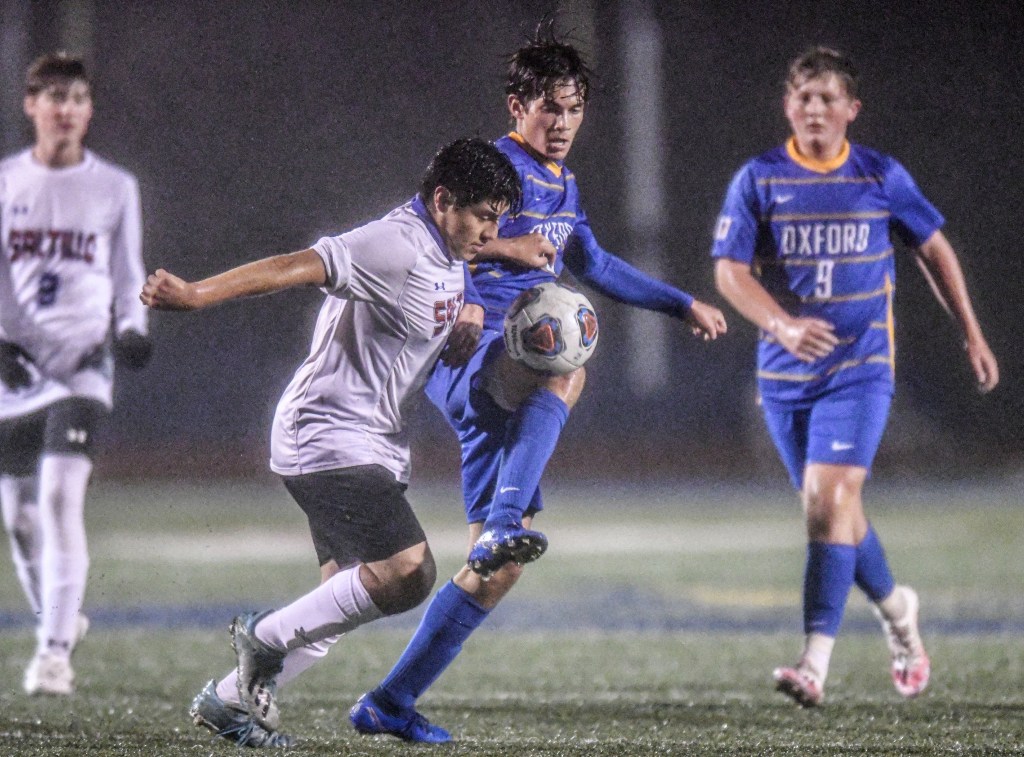 The high school soccer season arrived this week, with both Oxford and Lafayette kicking their seasons off on Thursday with victories.

For Lafayette, it was the beginning of the Lady Commodores’ defense of their Class 5A state championship, which they claimed in February. The season got off on the right foot with Lafayette defeating Tupelo 1-0.

The Lady ‘Dores (1-0) picked up where they left off a season ago with their offense being aggressive and the defense not allowing Tupelo (0-1) to get much of anything going all match. The score could have been higher, but Lafayette’s many shots in the second half were unable to find the back of the net.

“I was definitely pleased,” said Lafayette girls coach Melinda Scruggs. “Tupelo is always a very strong team. Very talented, athletic, physical and I think we did some good stuff tonight. I feel like we can clean up some small things, but for the most part I’m super pleased for the first game of the season. I thought we were pretty creative, pretty smart in picking up marks and getting the job done.”

The Lafayette boys also got into the win column to start the season, defeating Horn Lake 2-1. The Commodores were also schedule to play Tupelo, but the Golden Wave had to back out due to a COVID-19 issue.

Anthony Jones scored both goals for Lafayette (1-0) in the 10th and 55th minutes, respectively.

Lafayette’s next matches will take place in the Oxford Invitational at mTrade Park Nov. 6 and 7.

Across town, Oxford got their season started with a doubleheader against Saltillo, the team expected to give Lafayette a run for the 5A north title this season.

The Chargers swept the Tigers with a 3-0 win in the girls’ match and a 4-2 win in the boys’ match.

In the boys’ match, Oxford (1-0) and Saltillo (0-1) traded early goals in the opening minutes of the match before the Tigers grabbed a 2-1 lead off a free kick.

Set pieces were an issue for the Chargers early in the match with Satillo’s first goal coming off a corner kick.

In the closing minutes of the first half, Joel Sandoval and John Perry scored the first of three unanswered goals by the Chargers to give them the 3-2 lead. Perry scored again in the 55th minute of the match for the winning margin.

“We got a little sloppy there after we gave up the first one,” said Oxford head coach Hunter Crane. “Set pieces, early in the season we just haven’t worked on them and we gave up an easy one there. Kind of got a little rattled a little bit and had to kind of calm back down then we gave up the second one. …We kind of rebounded, got the equalizer before the half and settled down much better in the second half after talking to them (at halftime).”

The Lady Chargers (1-0) opened the night with their victory over the Lady Tigers (0-1). Grace Freeman scored two goals and Mia Helsel added another.

Oxford returns to the pitch on Tuesday against future Region 1-6A opponent Grenada. The girls match will begin at 5 p.m. followed by the boys’ match.