No. 2 Oxford mounts second half comeback to defeat Hernando 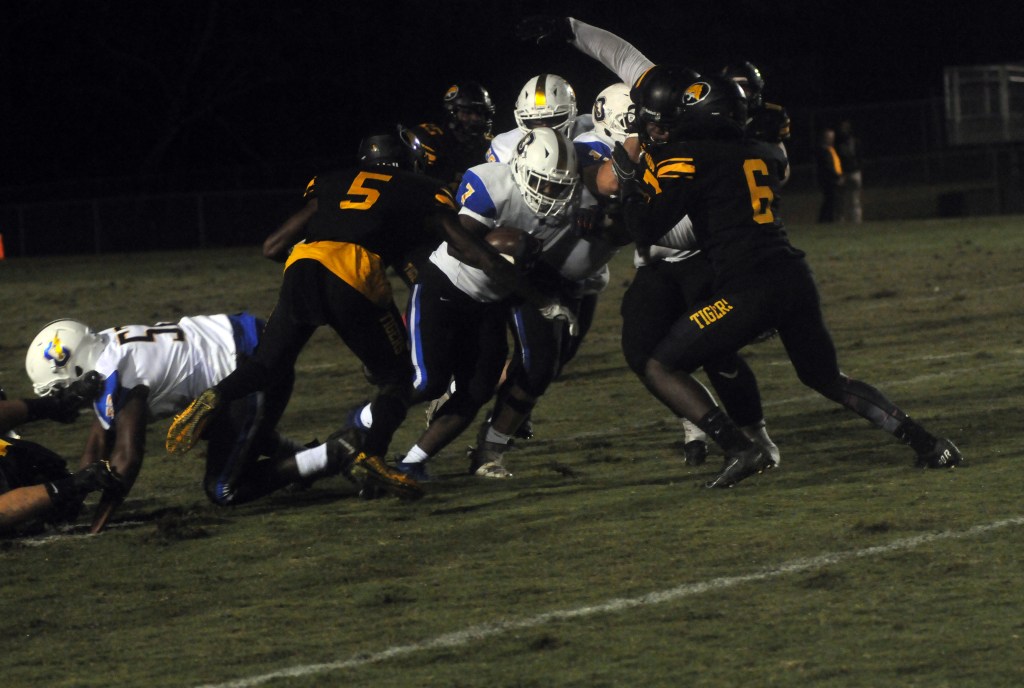 HERNANDO — If opposing teams this season have learned anything, it is that no lead is safe when playing against Oxford.

The No. 2 team in the state found themselves staring at another deficit entering the second half and rallied to defeat Hernando 37-27 at Hernando High School on Friday.

The Chargers (8-0, 6-0 1-6A) outscored Hernando 24-7 in the final two quarters to complete yet another comeback victory and extended their winning streak to 21. The win also sets up a showdown with Tupelo (6-3, 5-1) for the Region 1-6A championship next Friday at Bobby Holcomb Field.

“We’ve been in this situation before,” said Oxford head coach Chris Cutcliffe. “So, we didn’t have any concerns about coming out and not playing with energy and playing with emotion in the second half. I was proud of how they responded.”

The offense struggled to get anything going in the first half. A pair of Jack Tannehill touchdowns and a kickoff return by Xavier Walton the only points scored as the Chargers went into the halftime breaking, trailing 20-13.

After the defense forced Hernando (4-4, 4-2) to punt on their opening possession to start the second half, the Charger offense went on to score 14 points in 54 seconds.

Following a 10-yard touchdown run by running back Omar Howell, Cutcliffe called for the onside kick and the Chargers recovered it. Four plays later running back Roman Gregory found the endzone on a 10-yard run to give Oxford a 27-20 lead midway through the third quarter. Dekyren Johnson hauled in a 15-yard touchdown reception and Tannehill tacked on another field goal late in the fourth quarter.

“I think we really just finished drives,” Cutcliffe said of his offense’s success in the second half. “In the first half we had about three drives stall out and kick field goals. That was our main focus, that we’ve got to finish drives in the red zone.”

Hernando managed to find rhythm against Oxford’s defense in the first quarter, scoring touchdowns off two runs and then a pass in the final seconds of the first half. In the final two quarters, Hernando did not see Oxford’s side of the field until a drive that resulted in touchdown in the final minute of the game.

The Charger defense forced Hernando into two turnover on downs in the second half.

“I think that we played more sound in the second half,” Cutcliffe said. “We had less mistakes and just had our eyes in the right spot. (Hernando) is very talented, offensively and their quarterback, Reid Flanagan, is a fantastic player. Those guys are going to make plays sometimes.”

Oxford and Tupelo’s regular season finale next Friday is also both teams’ swan song in Region 1-6A. The MHSAA revealed the new classifications for 2021 through 2023 seasons, moving Oxford and Tupleo to Region 2-6A starting next fall.