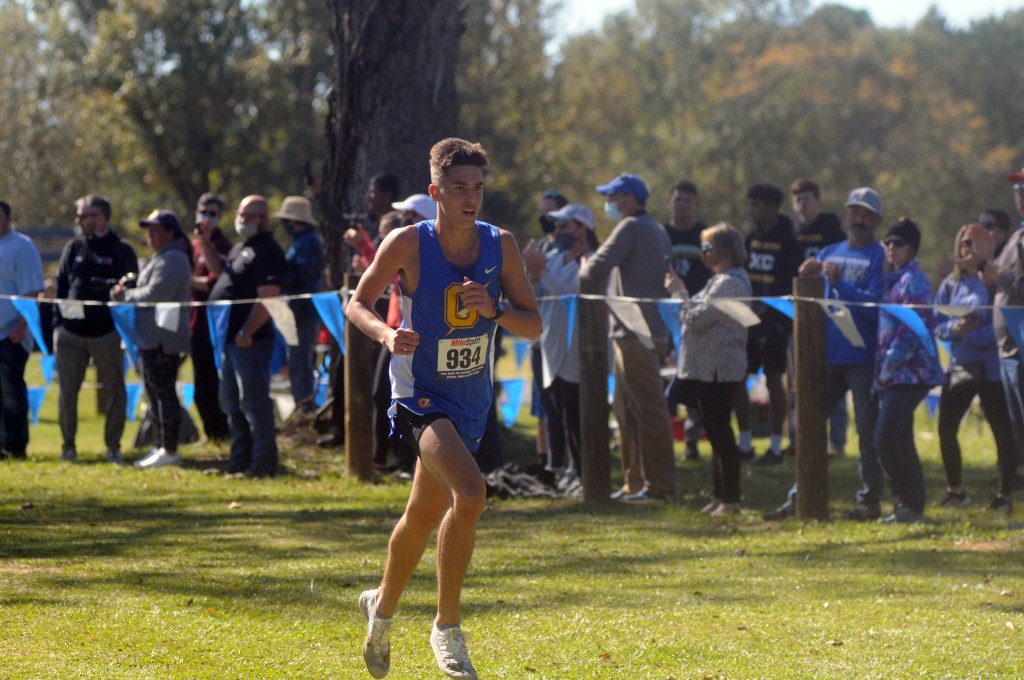 JACKSON — It may be Chase Rose’s first name, but “chase” was also what the rest of the field was doing in Monday’s MHSAA Class 6A state cross country meet.

As he has done all season, Rose dominated Monday’s race at Choctaw Trails, winning by an impressive 25 seconds over D’Iberville’s Kevin Cooley. The Oxford senior’s official time was 15 minutes and 51.59 seconds.

Throughout the 5K race, Rose was never threatened and seemed to extend his lead as the race deepened. Knowing it was his final high school meet, Rose kicked it into another gear on the final stretch, putting an exclamation mark on his final season.

“Being on the Oxford team this year, it really helped me out a lot,” Rose said. “I was just trying to maintain a steady pace the whole. Just push it, because I knew this was going to be my last high school race.”

Rose transferred to Oxford this year from Kirk Academy in Grenada.

The Chargers used Rose’s finish to help propel them to a second place finish overall in the team standings with 92 points. Pearl claimed the boys’ 6A title with 59 points.

Aiden Addy finished in 29th place, Tamon Matsumara finished in 51st place and Austin Brooks finished in 66th place to round out Oxford’s runners. The Chargers were without one of their best runners on Monday, which hurt their chances at a state championship.

“I can’t say that that wasn’t a big key today, but it’s next man up,” Oxford head coach Chris Patton said of being down a runner. “Having the other guys step up bodes well for the future. … Everybody knew what Chase was going to do. The key was four and five (runners). That’s the key in cross country. We knew how one, two, three was going to come through, but the key is four and five and those guys stepped up. They left it all out there on the line and that’s all you can ask for as a coach.”

The Lady Chargers competed first on Monday, finishing sixth in the overall stands for the girls’ 6A meet with 209 points. Pearl swept the meets with the Lady Pirates besting Hernando by seven points with 49 to claim the girls’ title.

It was a tough finish to the season for Oxford’s girls’ team. They were forced to quarantine for two weeks late in the season, which kept them from practicing and training as much as they normally would have ahead of a state meet.

“The girls did great,” Patton said. “We had those two weeks off and not training really hurt them a lot. But, they came back and had a great attitude and a great work ethic and we built up on that. They’re young, we had one senior that ran this year. They’ll be back and they’ll be stronger.”

On Saturday, the Class 5A state meet was held at Choctaw Trails and the Lafayette girls team finished the season on a high note.

In the boys’ race, Lafayette finished in fifth place with 145 points. Brookhaven won the boys’ title with 29 points.

Ole Miss scorches the record book in throttling of…