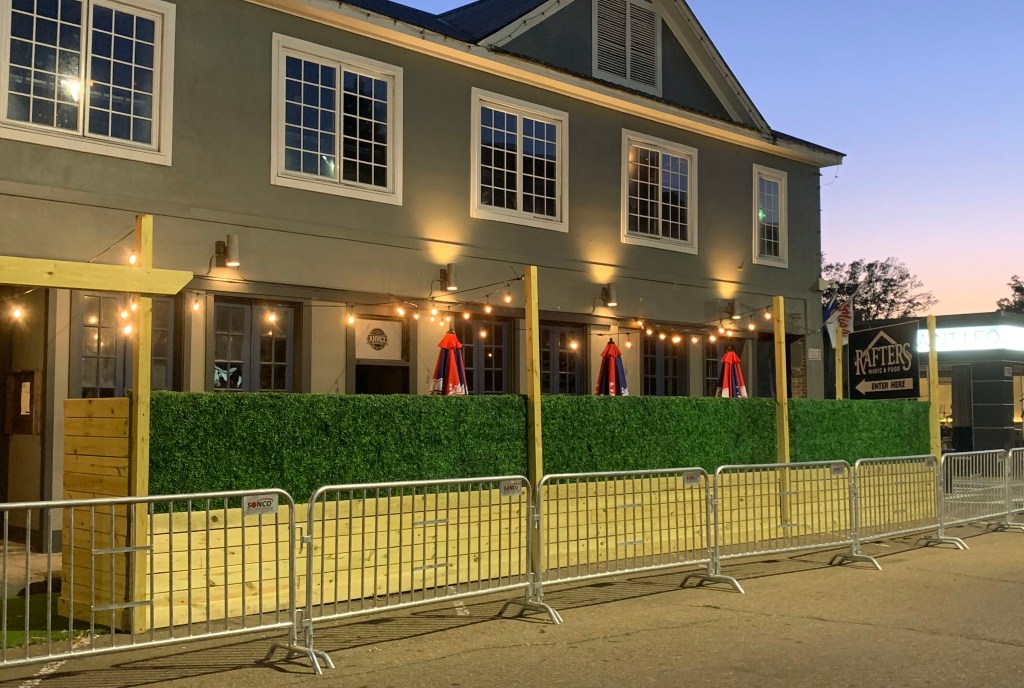 The Oxford Board of Aldermen voted to reinstate The Annex’s and Rafter’s outdoor dining licenses after revoking them last month due to each establishment receiving multiple citations for not being in compliance with the Governor’s executive order and the city’s own COVID-19 emergency ordinances regarding crowding. (Jake Thompson/Oxford Eagle)

Oxford’s Board of Aldermen reinstated outdoor dining licenses for Rafter’s and The Annex two weeks after revoking them due to multiple violations of COVID-19 regulations.

Both restaurants received two citations for overcrowding inside their establishments after the Oct. 12 date the Board had set for all restaurants starting with a clean slate. Any citations issued after that date would be considered by the Board for grounds to revoke an outdoor dining license.

On Tuesday, Mayor Robyn Tannehill recommended that revoking the licenses not be considered as a potential penalty for restaurants and bars receiving citations moving forward.

“I’m not sure revoking those licenses was the right thing,” Tannehill said. “I think providing an outdoor option for our citizens is something that we need to do and is really important. … I believe that is taking the option away from our citizens more than it is a lever pull as far as the restaurants go.”

The Oxford Police Department will still monitor and issue citations to restaurants and bars that are found in violation of Governor Tate Reeves’ executive orders regarding COVID-19 safety measures.

Tannehill also clarified that they did not shut down Rafter’s and The Annex completely when they pulled the outdoor licenses, which the City stated in the signed lease agreement with each participating restaurant that they could revoke for any reason they deemed appropriate.

Jeff McCutchen, Oxford’s chief of police, informed the Board that Rooster’s Bar and Grill had been issued another citation for employees not wearing masks properly, but noted the restaurants were doing their best at trying to comply with the regulations. They were the only restaurant or bar to have a citation issued since the Board’s last meeting on Oct. 20.

“I think they’re really doing a good job,” McCutchen said. “We’ve had several meetings with businesses, just trying to get them to understand what we’re looking for and how we can help them police their own so we don’t have to go in there. I’ve been really impressed with what we saw over the last couple of weeks. Even on Halloween we didn’t have a lot going on.”

Alderman Jason Bailey made the motion to reinstate the outdoor dining licenses with the condition of both restaurants having their outdoor structure be no higher than 42 inches, which is what is recommended by the Mississippi Alcohol Beverage Control. The motion passed with a unanimous vote.

Due to donations made by local businesses and residents of the community, The 18 participating establishments had their first month’s rent of a three-month agreement paid for and only had to pay about $22 for November, according to Tannehill. The outdoor licenses run through Dec. 31.