Lafayette drops season finale at Lake Cormorant, will be No. 4 seed in playoffs 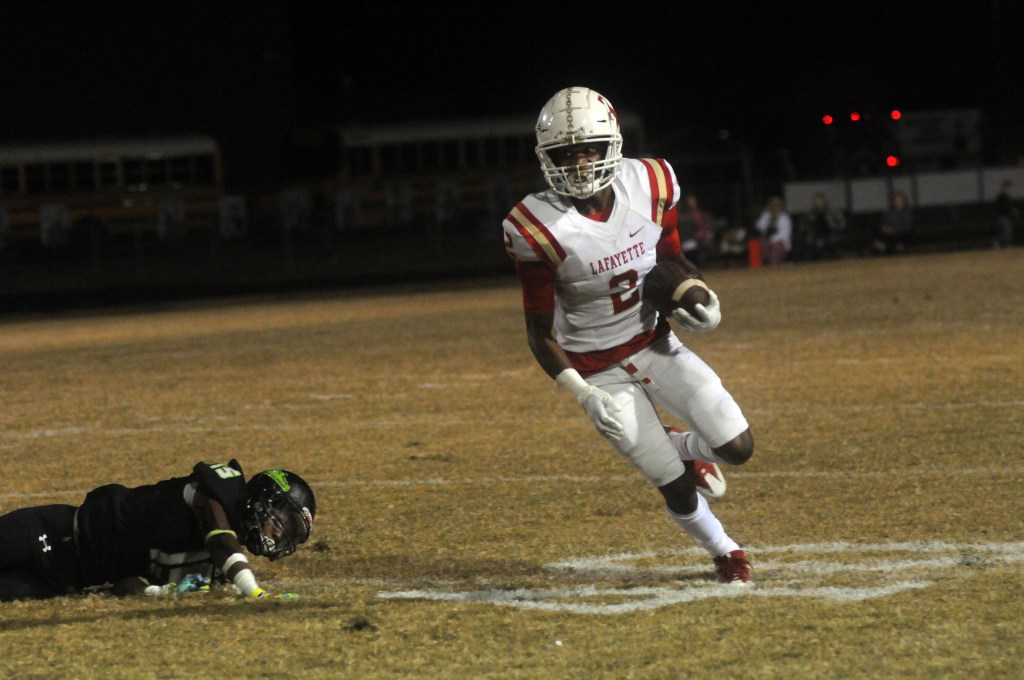 LAKE CORMORANT — Lafayette is struggling to find consistency as a football team and will need to find it before next week.

With a chance to clinch their first region title since joining Class 5A in 2017, Lafayette was unable to take care of business with a 26-16 loss at Lake Cormorant on Friday. The loss dropped Lafayette (7-3) to 5-2 in Region 1-5A, and due to a lot of tiebreakers, become the No. 4 seed out of the region for next week’s 5A playoffs.

The Commodores jumped out of the gate early, scoring on two of the first three possessions of the game. But after getting up by 11 points, Lake Cormorant (7-2, 5-2) outscored them 23-2 in the final three quarters of the game.

A touchdown catch from Kylen Vaughn and a 31-yard touchdown run by quarterback Tyrus Carmichael-Williams was the only offense put up by Lafayette.

“To be honest with you, we just didn’t execute at the level we needed to to win a game like this,” said Lafayette head coach Michael Fair. “Our level of play is just really sporadic right now and we show spurts of being a really good football team. The great teams don’t show spurts, they just kind of go out and do it.”

The Commodore defense struggled to get off the field at crucial times with a running into the kicker penalty on a Lake Cormorant punt, pass interference calls and a roughing the quarterback call after they had picked off an errant throw by Amos in the third quarter.

“You name it, we kind of did it tonight,” Fair said. “We kept their drives alive and we did just about everything we could to kill ours.”

With Lake Cormorant’s win, Grenada clinched the region title despite not playing on Friday as New Hope forfeited their regular season finale. The Gators are the No. 2 seed while four-time defending champion West Point earned the No. 3 seed.

Lafayette will travel to the Region 2-5A winner next Friday for a first round matchup. Kickoff is set for 7 p.m.