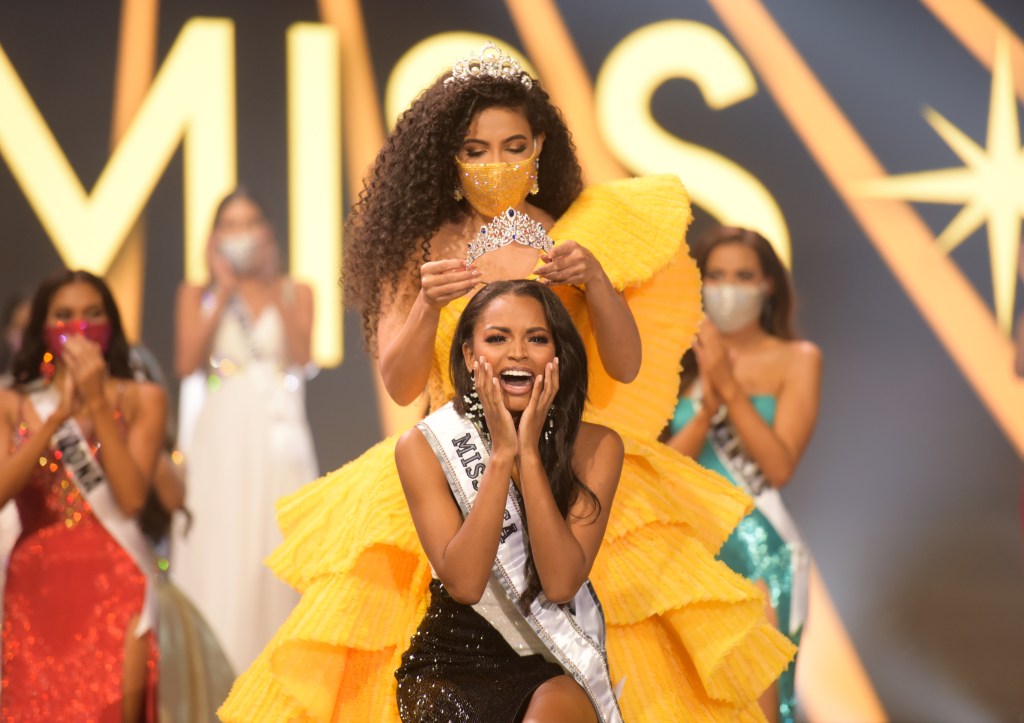 Asya Branch, Miss USA 2020 winner, being crowned with the “Power of Positivity” Crown, presented by Mouawad, the official crown sponsor of the 2020 Miss USA competition, on stage with Cheslie Kryst, Miss USA 2019 at the Miss USA Competition, on November 7, 2020 at Graceland in Memphis Tennessee.

Asya Branch, a graduate of the University of Mississippi, was crowned Miss USA 2020 on Monday night.

A Booneville native, Branch originally made headlines when she became the first African American woman to win Miss Mississippi USA. Branch, 22, is also the first Miss USA winner to hail from Mississippi.

The competition took place at Elvis Presley’s Graceland in Memphis, Tenn., and organizers are said to have followed strict COVID-19 safety protocols in organizing the event.

While at Ole Miss, Branch studied integrated marketing and communications in the UM School of Journalism and New Media. She was also an active voice on campus and in her pageant platform, finding ways to empower the children of incarcerated parents.

In a 2018 story from the University of Mississippi, Branch talked about her own experience as the child of an incarcerated individual; her father has been in prison since she was 10 years old.

“Being a child with an incarcerated parent takes a negative toll, with the stigmas that surround it,” Branch said in the UM Story. “There’s emotional distress, financial instability and so many questions about why a parent isn’t there.”

However, Branch doesn’t let that portion of her life comprise her whole identity.

She is the sixth of eight children, and since attending summer school at Harvard University at age 17, Branch has continued to expand her horizons and act as a positive role model for others.

She is an entrepreneur and life coach who also has her own makeup line, Branch Beauty.

Branch has also been involved with the UM Student Activities Association.

According to the Miss USA website, Branch was awarded the title Ole Miss’s Most Beautiful in 2018.

“Making history as the first African American Miss Mississippi USA, Branch has been advocating for at risk children and criminal justice reform for the past several years,” the Miss USA website reads. “She has worked with government officials and the President on positively changing our justice system. (Branch) will continue to encourage our youth and be a voice for the unheard.”

University of Mississippi sees an almost three-percent decline in…