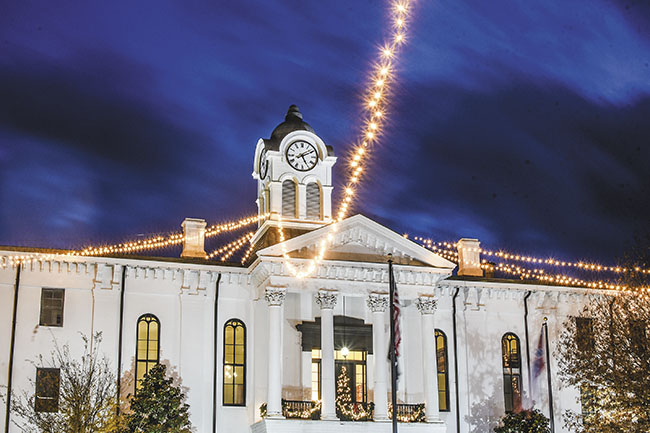 The City of Oxford is getting into the holiday spirit a little earlier in 2020.

During a video posted on the city’s official Facebook page, Mayor Robyn Tannehill announced the City is turning on the annual Canopy of Lights a week early. The lights will be turned on at 4:30 p.m. on Nov. 17.

The lights, which branch out from the Lafayette County Courthouse and across different points of the Downtown Square, are usually lit during a ceremony on Black Friday. With University of Mississippi ending its semester on Nov. 24 this year, Tannehill said she wanted everyone to be able to take in the lights before leaving town for a couple months.

“We know that our students will be leaving us the week of Thanksgiving for an extended break, and we want our students to enjoy their beautiful college town before they head home for the holidays,” Tannehill said in the video.

The lights will remain on through Christmas for a second straight year after returning in 2018 from an extended absence. Through research conducted by Tannehill and her staff last year, the Canopy of Lights was started by the city as far back as the 1960s.

Another tradition will be returning as well, with the lighting of the water tower located southeast of the Square. The water tower was lit last year for the first time since 2009.