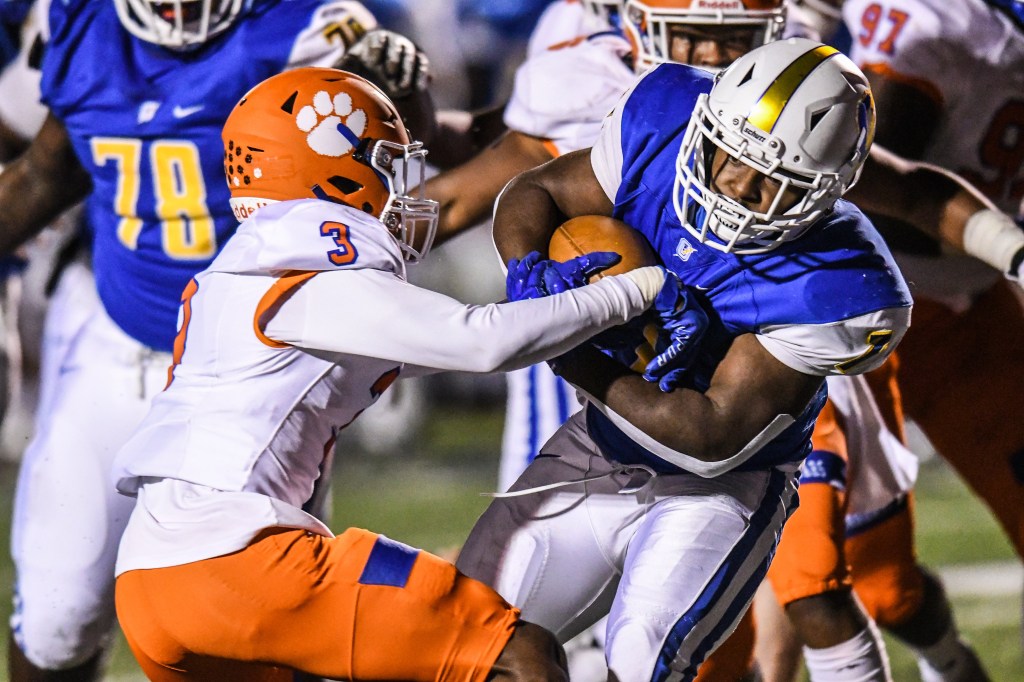 There are no easy outs in Class 6A come postseason – something Oxford knows very well.

Friday’s opening round saw the No. 2 Chargers host Madison Central at Bobby Holcomb Field in a game that came down to who would bend, but not break.

Senior linebacker Tristan Shorter made sure it was not Oxford who would break, meeting Jaguars quarterback Victor Sutton II at the goal line to prevent a two-point conversion to tie the game with 56 seconds left.

Shorter then recovered the onside kick, sealing the game for the Chargers in their 25-23 win over Madison Central to keep their perfect season going and advance to next week’s second round. The Chargers (10-0) also extended their winning streak to 23.

The first half was about which team could capitalize on the other team’s mistakes. Oxford made Madison Central (7-4) pay for one of their two fumbles with an Omar Howell touchdown to give them the early 8-0 lead. The Jaguars added on a field goal to make it a five-point Chargers lead entering halftime.

Midway through the third quarter, Oxford quarterback Michael Harvey connected with Jalen Webb for the 53-yard touchdown pass on a 3 & 14. The pair hooked up a second time, this time for 67 yards and the score with less than four minutes remaining in the game to give Oxford the 25-17 lead.

“Jalen’s a very talented young man, too, and we think that we do have some good receivers that can make plays for us,” Cutcliffe said. “He stepped up in a huge moment right there.”

A defense that was young to start the year has slowly gotten better with each passing game and Friday was no different. The Chargers got Madison Central off the field when they needed in key moments throughout the game, including a crucial turnover on downs late in the third quarter.

“We have a lot of guys playing for the first time this year and a lot of new faces,” Cutcliffe said of his defense. “They have improved over the course of the season. Great credit to our coaching staff. Our defensive staff have done a great job getting those guys ready to play.

Oxford will host Hernando, who defeated South Panola, in a rematch next week with a berth into the North Half championship. Kickoff is set for 7 p.m.

Lafayette High School shuts down all athletics until Nov.…