Declared eligible, Shakira Austin ready to be a contributor for Ole Miss 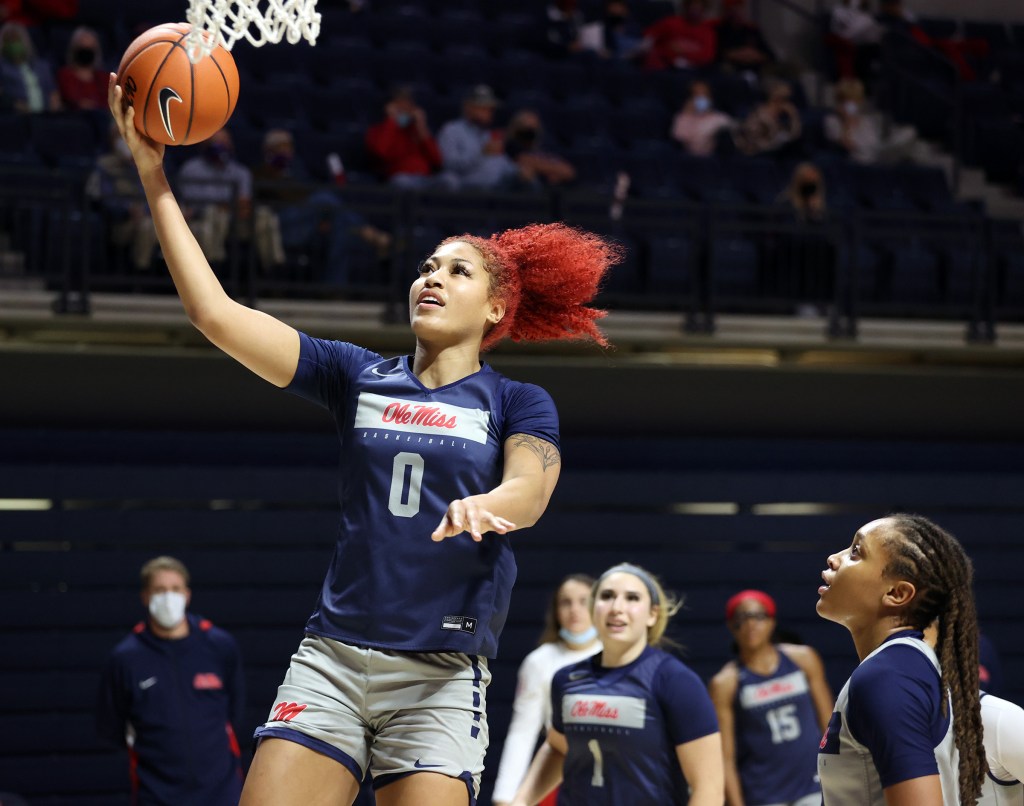 Ole Miss’ Shakira Austin (0) was granted immediately eligibility last month and is expected to be a big peice of Yolett McPhee-McCuin’s rotation after the loss of Andeija Puckett to a season-ending knee injury. ( Joshua McCoy/Ole Miss Athletics)

Up until Oct. 28, Shakira Austin was helping her teammates get better, spending time as a member of the scout team during every practice.

It was a role Austin had accepted was hers to embrace for the 2020-21 season — that is, until things changed on Oct. 29. That was the day the NCAA officially approved Austin’s waiver request, declaring her immediately eligible for the upcoming season.

The scoutee immediately became the scout, and the Maryland transfer had a new attitude and outlook on this season.

“It’s definitely been a roller coaster, coming here and having the mindset that I was going to sit this year and just being prepared to just work and watch my teammates play,” Austin said. “Then, just getting the news that I’m going to be able to help contribute this year. It was definitely shocking and it was a great feeling. It was a good moment. …It definitely changed my mentality.”

Austin’s expectations of what she can provide on the court for the Rebels this season are also being acknowledged by those outside of the program. On Nov. 13, Austin was named to the Lisa Leslie Award preseason watch list, which honors the top center in Division I women’s college basketball, and on Tuesday, Austin was named Preseason Second Team All-SEC.

Those expectations added even more weight and pressure 11 days later, when another key piece of McCuin’s rebuilding project was lost for the season. Redshirt junior Andeija Puckett suffered a knee injury that required surgery to repair multiple torn ligaments.

Losing Puckett altered McCuin’s plan for what she was planning to present on the floor this season.

“Andeija was really impacting us a lot and would have allowed me to play a two-headed monster, so to speak, of her and Shakira on the floor because, obviously, Shakira can float and do some things on the perimeter,” McCuin said. “It makes us play Shakira primarily at the (5 spot). But, it doesn’t limit her. It’s just is a different look. For rotation purposes, it makes us start to look at starting to utilize a smaller lineup.”

Ole Miss is looking to bounce back this season after failing to record a win in Southeastern Conference play, going 0-16 and have lost their last 23 SEC games, which includes losses in the SEC Tournament in recent years.

Without half of McCuin’s anticipated one-two punch combination, Austin still feels her teammates will help pick up the slack now left by Puckett’s season-ending injury.

“My teammates are still figuring out their roles right now,” Austin said. “They’ve got shooters, they’ve got post players. We have a lot of key pieces that will be able to help us this year that I think a lot of people aren’t really knowing about.”

Ole Miss opens the season on Nov. 25 when they host Northwestern State.

No. 2 Oxford, Hernando set for rematch with North…