No. 2 Oxford rolls past Hernando and into a North Half berth 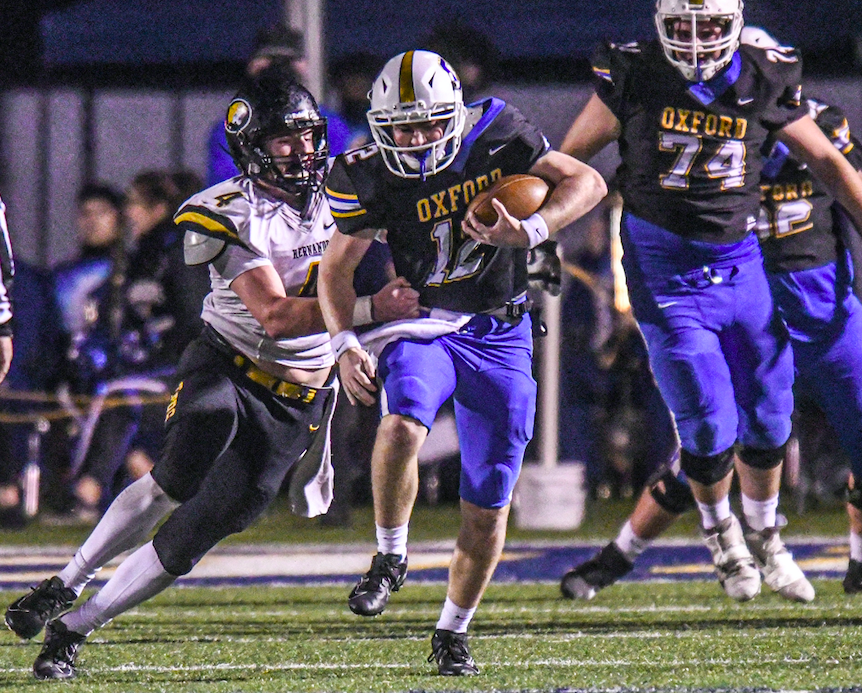 All Oxford does is win these days.

Hosting Hernando in the second round of the Class 6A playoffs on Friday, the No. 2 Chargers defeated the Tigers, 41-26, and racked up their 24th consecutive victory while punching their ticket to a second-straight North Half championship game.

“First off, I would say that’s our staff’s 50th win,” Cutcliffe said of his career mark. “I think our coaching staff is fantastic. Those guys did a great job and did a great job of getting our guys ready to play tonight. None of those 50 wins would have happened without them.”

For the second time in the past four games, Oxford (11-0) and Hernando (6-5) faced off, but Friday’s game went much differently than their previous encounter on Oct. 30.

There was no second-half comeback for the Chargers as they held a 17-12 lead at halftime and used a 24-14 run the final two quarters to secure the win. This season, the Chargers outscored Hernando 48-21 in the second half.

“They’re a really good football team and they have a lot of playmakers,” Cutcliffe said. “I think we did a good job of keeping them out of the endzone on a couple drives and kind of toughened up. …I think (both games) were similar in where we didn’t finish some drives in the first half and we settled for some field goals and we were able to finish drives with touchdowns in the second half.”

Defensively, the Chargers made a change after Hernando receiver Reid Flanagan hauled in a 25-yard touchdown catch early. Linebacker Tristen Shorter was moved over to cover Flanagan, who did not score the rest of the night.

“(Flanagan) dictates that kind of coverage and we had to do some different things than we normally defensively to try and make it harder for them to get him the ball,” Cutcliffe said.

The Chargers (11-0) are a win away from defending their 6A title from a season ago. They will have to defeat Clinton on the road next Friday at 7 p.m.