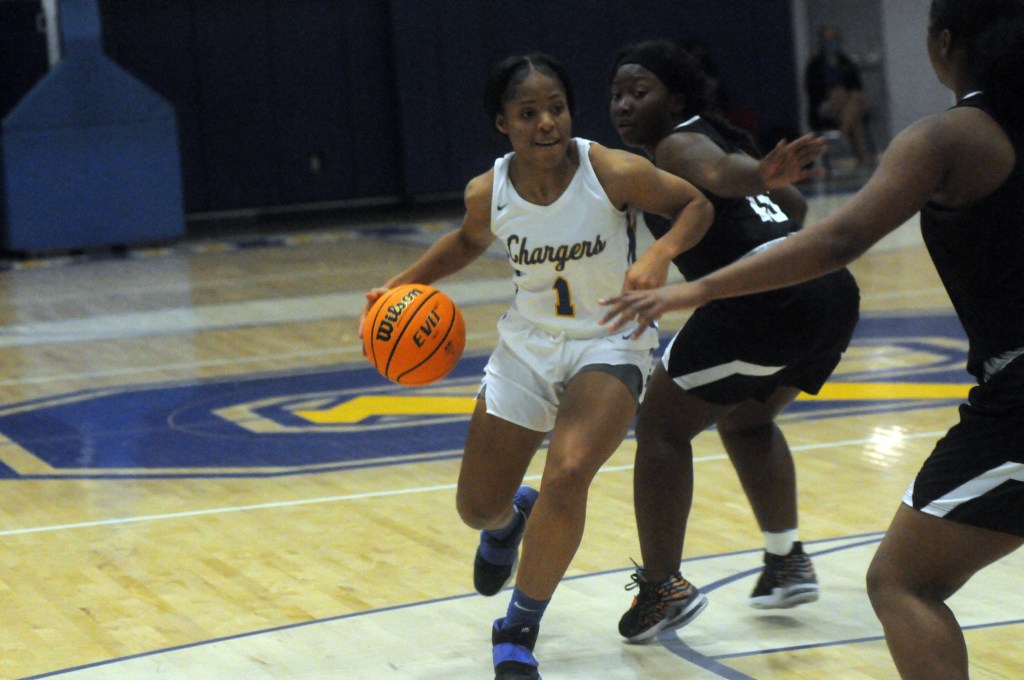 The season is still young, but both Oxford basketball teams are continuing to work out the kinks ahead of region play.

That process continued on Thursday as the Chargers hosted Lake Cormorant. It was supposed to be their home openers, but a change in the schedule on Tuesday saw Oxford play at home against Senatobia and Hernando.

On Thursday, the Lady Chargers got a boost of confidence, picking up their second win of the season, while the boys team struggled in their loss to a stout Lake Cormorant.

It seems Cliff Ormon has the same challenges to start every season since he took over the girls’ program. An unexpected transfer and a couple key injuries on the day before the season began has Ormon working with yet another young roster.

The Lady Chargers (2-5) grabbed an early lead, expanded it and held on for the 69-41 win over the Lady Gators.

“We’ve got a young team. They’ve gotten better each game and there’s still a long way to go,” Ormon said. “Like every other team, you feel behind dealing with COVID cutting out our spring and summer. We didn’t really get to see us against competition (in the spring and summer), so we’re actually learning some things on the fly.”

Oxford’s offense found a groove early, taking a seven-point lead after the first eight minutes and then growing it to out to a 25-point lead at halftime and then a 31-point lead at the end of the third quarter.

Sophomore Audria Houston and senior Keyunna Tellis, who transferred from Charleston this year, are key pieces that Ormon is hoping to build around as this season inches closer to region play in January. Tellis finished with 21 points while Houston finished with 15.

“(Tellis) is a big asset to our team,” Ormon said. “Had a great game tonight finishing around the rim. Can handle the ball and takes a lot of pressure off (the other players).”

Drew Tyler will tell you his team is still a work in progress.

The one aspect of that progress the Chargers are struggling with is getting as much game experience as possible as quick as possible. Unfortunately, that combination is tough to master.

Lake Cormorant’s game experience and chemistry on the court was evident in their 69-56 win over the Chargers. Tyler knows there is still plenty of basketball left to be played this year and competing against a Class 5A team such as the Gators will prepare them for what’s to come in the games that matter.

“Are we young? We’re young and old, but the most varsity minutes graduated,” Tyler said. “This group, they’re held to the fire and you can only simulate so much game-type play in practice. So as every game goes under our belt, we definitely want to be in the win column. We want to be better after the game.”

The Chargers (2-3) had a three-point lead after the opening quarter but Lake Cormorant used an 18-7 second quarter to overpower them and never relinquished the lead.