No. 2 Oxford and No. 5 Clinton set for North Half showdown 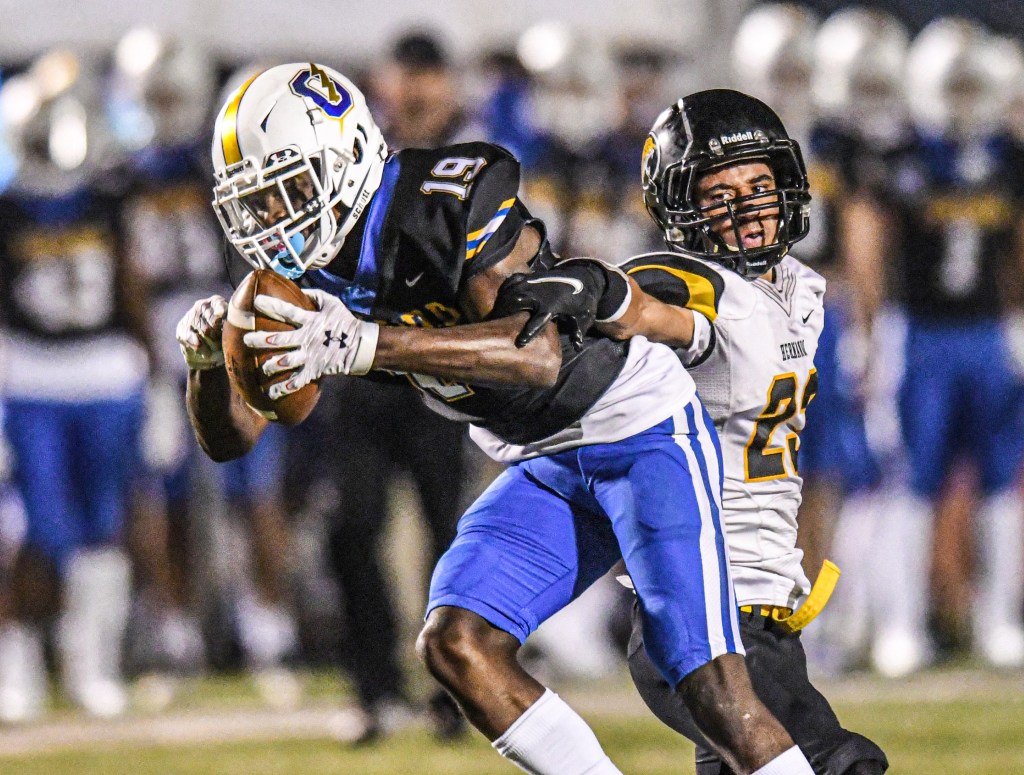 Oxford High’s Jalen Webb (19) makes a catch as Hernando’s Nicholas Gardner (23) defends in the 2nd round of the MHSAA Class 6A playoffs at Bobby Holcomb Field, in Oxford, Miss. on Friday, Nov. 20, 2020. (©Bruce Newman)

Oxford finds themselves in familiar position once again in late November.

For the fifth time in the last seven seasons, the No. 2 Chargers (11-0) are back in the North Half title game and are one win away from their fifth state championship appearance since 2013.

The only thing standing in their way is another tough roadblock from Region 2-6A in the form of No. 5 Clinton. The Arrows (8-2) are back in the North Half championship game for the first time since 2016, when they won their first state championship.

For Oxford, it is an opponent they have not faced on the football field in at least the last 20 years. An unknown opponent stands in the way of the Chargers’ 25th consecutive win and a trip back to Veterans Memorial Stadium in Jackson next week.

“I really don’t know much about them, to be honest,” said Oxford head coach Chris Cutcliffe. “I know (Clinton head coach Judd Boswell’s a great football coach and had a lot of success there. I know they’ll be a well-coached team.”

The Chargers are back in the semifinal round for a second straight season after defeating Hernando for a second time in their last four games last Friday. Another second-half surge propelled Oxford to yet another victory this season, something that has become a staple to their success since last year’s 6A state title game against Oak Grove.

After a dominant win over Horn Lake in the first round, the Arrows had a come-from-behind victory of their own last Friday. Trailing Warren Central for most of the game, Clinton scored in the final two minutes to secure the 18-14 win.

Clinton’s main threat on offense is quarterback Caleb Miller, who is a dual threat with his arm and his legs. Miller has thrown for 1,142 yards and 15 touchdowns and rushed for 695 yards and 10 touchdowns. The Charger defense will have to make Miller their primary focus of their game plan.

Oxford and Clinton will kick off at 7 p.m. on Friday at Clinton High School. The winner will face the winner between No. 1 Oak Grove and Northwest Rankin in the Class 6A state championship game at 7 p.m. on Dec. 4.