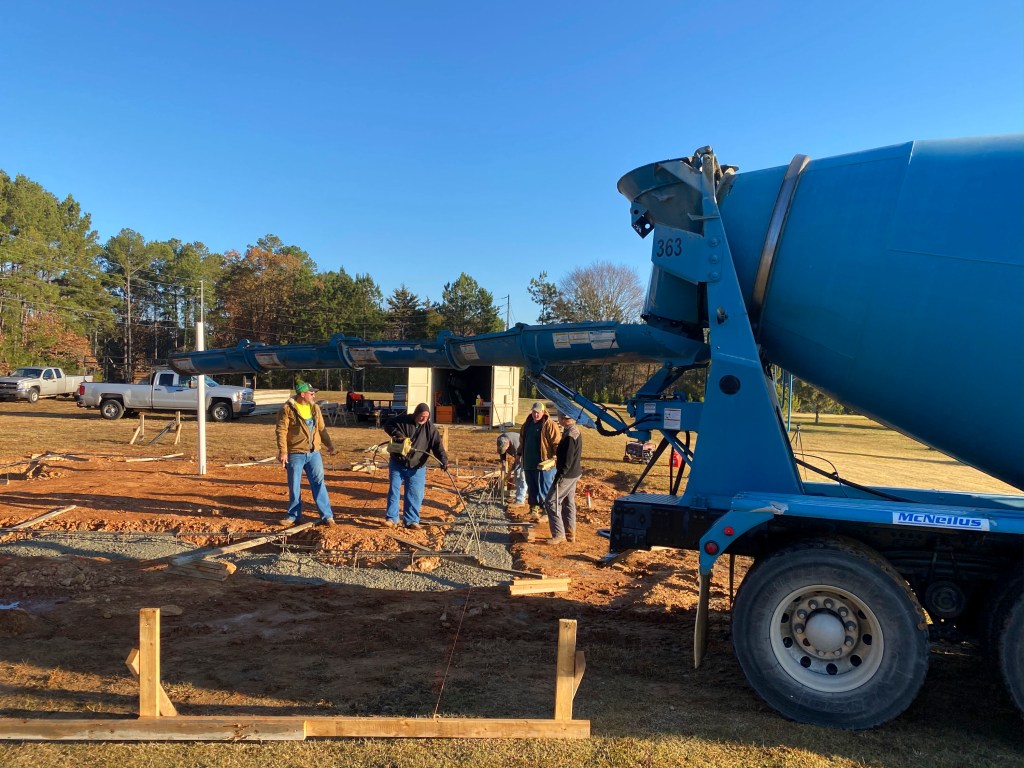 Work begins on the Garden of Memories Oxford’s mausoluem, which will be the first in Lafayette County. The first phase is anticipated to be complete by Spring 2021. (Contributed)

Earlier this year, Garden of Memories announced the construction of a mausoleum, and this month that project officially began.

The above-ground entombment structure at the cemetery, located off Highway 7 North next to The Orchard church, is the first of its kind in Lafayette County.

Lafayette County Board of Supervisors president Mike Roberts, who is also the director of sales for Garden of Memories, said the idea of having a mausoleum was dictated by need.

“As high as real estate values are, and with the city cemetery being almost to capacity, I mean, we’re right here. We’re just a couple minutes from the Square,” Roberts said. “If nobody has ever been here, they ought to ride out and look. It’s very pretty. The mausoleum is a new idea for this area that is probably where the industry’s heading.”

The mausoleum will be constructed out of Italian granite and located on the northwest side of the cemetery, adjacent to the Veterans Garden.

Roberts said they began presale for the mausoleum in the summer and the response and interest drove the timeline of when they could begin the project and break ground. The first phase is set to be completed by Spring 2021. There are six phases planned, with room to expand if need be.

Once completed, the mausoleum will include an open-air chapel, entombment crypts and columbarium niches.

For more information, anyone interested in the mausoleum can visit cemeteriesofnorthms.org/mausoleums.