No. 1 Oak Grove and No. 2 Oxford set for Class 6A state title rematch 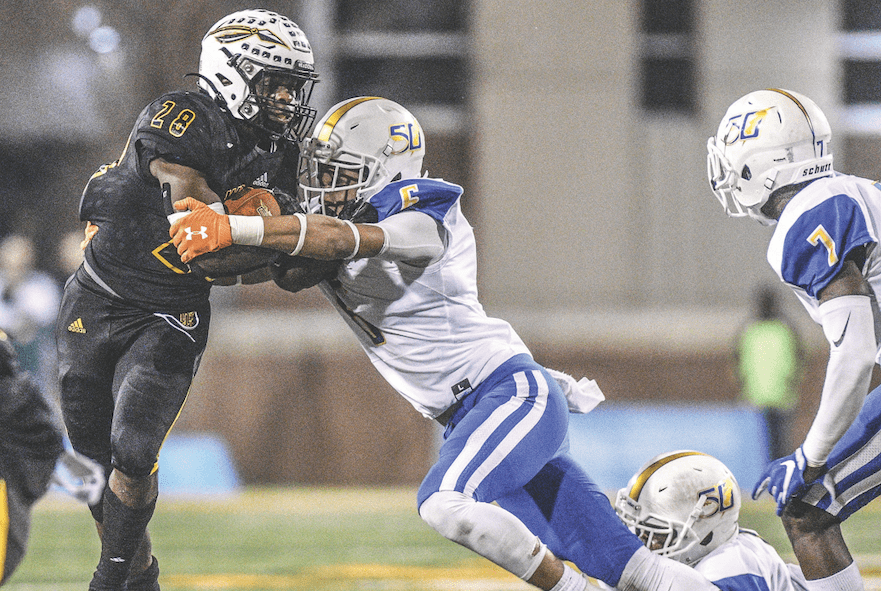 A rematch many across Mississippi may not have expected to happen is going down on Friday night.

In a battle of unbeatens, No. 1 Oak Grove and No. 2 Oxford square off in the MHSAA Class 6A football state championship inside Veterans Memorial Stadium in Jackson.

The game is one where one team is looking to avenge a heart-breaking loss while another team is looking solidify their place among the best teams in high school football history.

Oxford (12-0) is looking for their first complete undefeated season and a second-straight win over Oak Grove (12-0) in as many years will do that. The Chargers completed their third perfect regular season, and first since 2013, in program history with their Nov. 6 win over Tupelo.

Getting lucky number 13 in the win column will be a tall task against a Warrior team that has dominated the south half of Mississippi all season with just as much success as the Chargers, who dominated the north half of the state.

The Warriors return their entire offensive line from last year’s runner-up team, but rest of the offense is new in 2020. Junior Kabe Barnett took over the signal calling duties after Damon Stewart graduated last year.

“Oak Grove, you watch them on film and they’re a complete football team,” said Oxford head coach Chris Cutcliffe. “They’re explosive on offense. They’re a tremendous defensive football team and they’re really, really good at special teams. …They’re fast. They fly to the football. I think one of the things that jumps out at you is how hard they play.”

Second-half comebacks have become a staple of Oxford’s success since that game on Dec. 6, 2019 and a major part of the Chargers’ current 25-game winning streak.

The Warriors come into this year’s rematch against an Oxford defense that has only one returning starter on defense from that game in Tristan Shorter and a Charger offense that has a lot of new faces playing in their first state championship game as well.

“Oxford’s extremely talented and very well coached,” said Oak Grove head coach Drew Causey. “There’s a reason they’ve won 25 in a row. A heck of a football team that they’ve got and it’s going to be a real challenge on Friday.”

Oxford and Oak Grove will kick off at 7 p.m. on Friday.