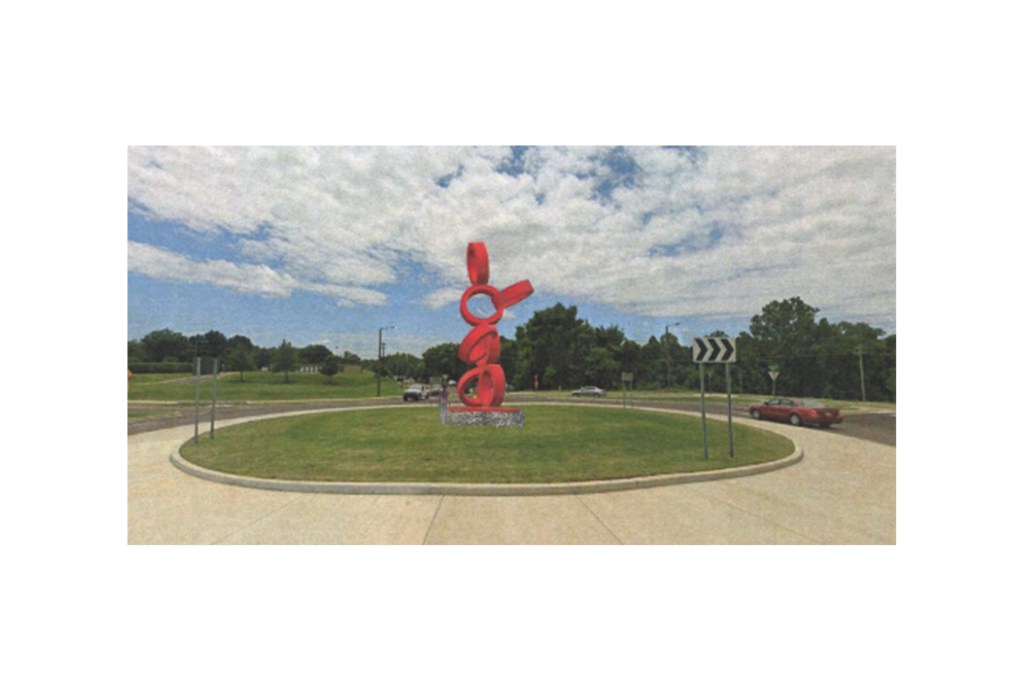 One of the two renderings proposed by Oxford artist Earl Dismuke for the South Lamar Boulevard roundabout art project. Dismuke was selected by the Board of Aldermen out of four proposals submitted for the project. (courtesy of City of Oxford)

The roundabout at the South Lamar and Belk Boulevard intersection is getting an upgrade.

Oxford artist Earl Dismuke’s bid to construct an art installation on the roundabout was approved by the Oxford Board of Aldermen during Tuesday’s regular meeting.

Dismuke, of Dismuke Design and Creative, was one out of four bids the Board considered for an art project to go in the middle of the newly constructed roundabout.

In October, the City of Oxford advertised for a RFP (Request for Proposal) for a public art installation to be placed on the roundabout. There were a few requirements, but for the most part, the artists were allowed to submit samples of different styles of three-dimensional artwork.

Dismuke’s proposed artwork is part of a series titled “Victory Dance.” The two sculptures are 16-feet tall and made of welded steel.

“Victory Dance is a celebration of victories, both big and small,” Dismuke stated in his proposal. “Each work in this series is made of rings. Rings are symbolic of relationships. Our relationships play a huge role in our success. The rings are welded together to symbolize connection. We are all connected. The circles depict movement and appear to be dancing to celebrate. We must encourage and support each other. After all, ‘We are stronger together.’”

The rendering of  the two sculptures has them colored red and yellow. Dismuke stated they do not have to be those exact colors, but that he wishes to keep them bright and colorful.

The other three proposals were submitted by Epic Sales and Contracting Corporation, Kodiak Studios and Pryor Morrow Architects, Engineers and Interior Designs.