HEARTBREAK IN JACKSON: No. 2 Oxford falls to No. 1 Oak Grove late in 6A title game 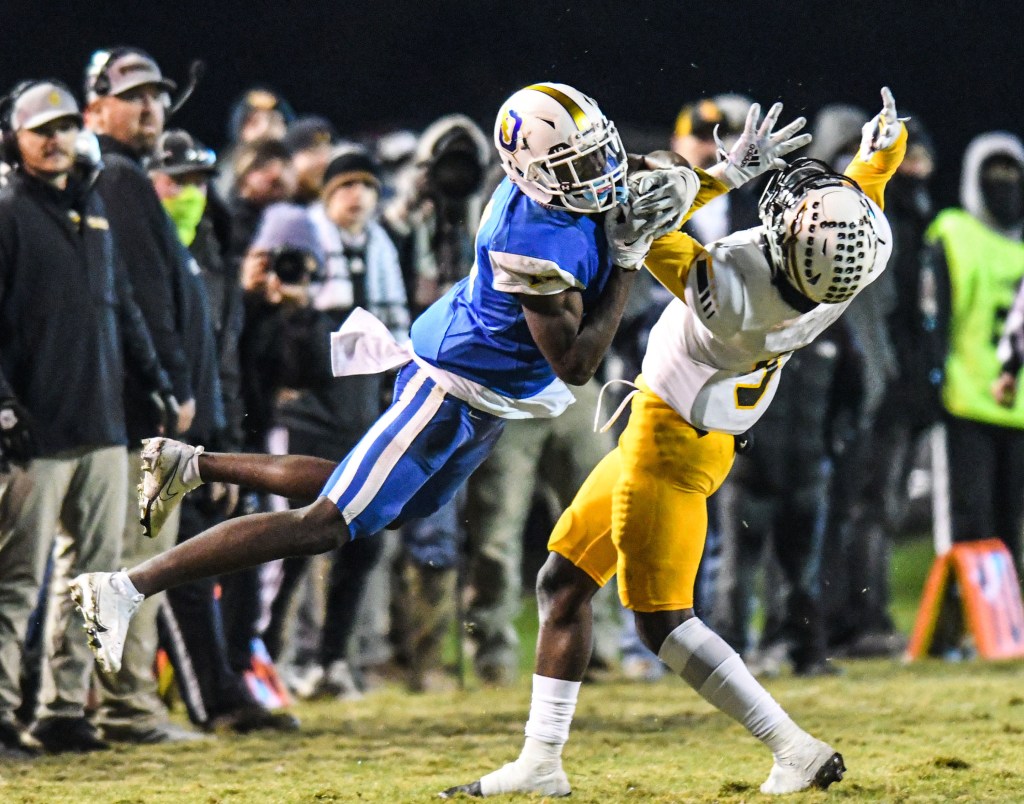 JACKSON — The rematch was a classic.

No. 1 Oak Grove and No. 2 Oxford delivered on their anticipated heavyweight fight in Friday’s MHSAA Class 6A state championship at Veterans Memorial Stadium.

This year, it was the Warriors who had the miraculous comeback, winning 29-28 and ending Oxford’s 25-game winning streak.

Quarterback Kabe Barnett scrambled for 10 yards and the touchdown on fourth down with seven seconds remaining to get Oak Grove (13-0) to within one.

Barnett then found Trayvon Moore in the back corner of the end zone for the two-point conversion and ultimately the victory.

“It was obviously a great game. Back and forth an at the end of the day (Oak Grove) made one more play than we did,” said Oxford coach Chris Cutcliffe. “I couldn’t be more proud of our team and our coaches for everything they’ve done this year to get us to this point. Craziest year anybody’s ever been a part of, and they did everything that possibly could’ve been done.”

Prior to the Warriors’ game-winning drive, Oxford responded after quarterback Michael Harvey’s pass was picked off by Jaylen Aborom for a 16-yard touchdown to tie the game at 21-all with six minutes remaining.

The Chargers’ response involved them driving down the field and Harvey finding tight end Alec Vaughn in the back of the end zone to go up 28-21 with less than four minutes remaining.

Harvey finished the game with 257 passing yards and three touchdowns. He was injured late in the first half and Trip Maxwell came in to finish the possession.

Harvey returned to play the second half.

“I thought (Harvey) did really, really well,” Cutcliffe said. “I thought he competed hard and made a lot of plays for us.”

The Oxford receiving corps had one of their best complete games against the Oak Grove secondary.

DK Johnson had six catches for 110 yards and a touchdown. The senior had 100 of those yards in the first half. Jalen Webb had two catches for 69 yards.

“They knew they were being challenged with a lot of man coverage and they stepped up the plate and answered the call,” Cutcliffe said.

Coming off last week’s North Half championship performance against Clinton, where Omar Howell rushed for over 200 yards, the junior had 22 carries for 84 yards and a touchdown.

Howell’s touchdown came late in the second quarter, when it was looking like Oxford would once again be trailing at halftime. The running back scored on a six-yard run to make it a 14-14 game heading into the break.

Barnett finished with 200 passing yards along with 38 rushing yards and two touchdowns on the ground.

Courtland Harris rushed for 58 yards and a touchdown for the Warriors.

In a season full of unknowns on a weekly basis, the Chargers were able to answer each challenge the COVID-19 pandemic presented them, making it to the final game of the season.

Oxford now looks ahead to 2021, where they will have some of their key pieces returning to as they enter a new division that includes Starkville, Clinton and Madison Central. As of now, the Chargers are scheduled to open the season at Brandon next August.