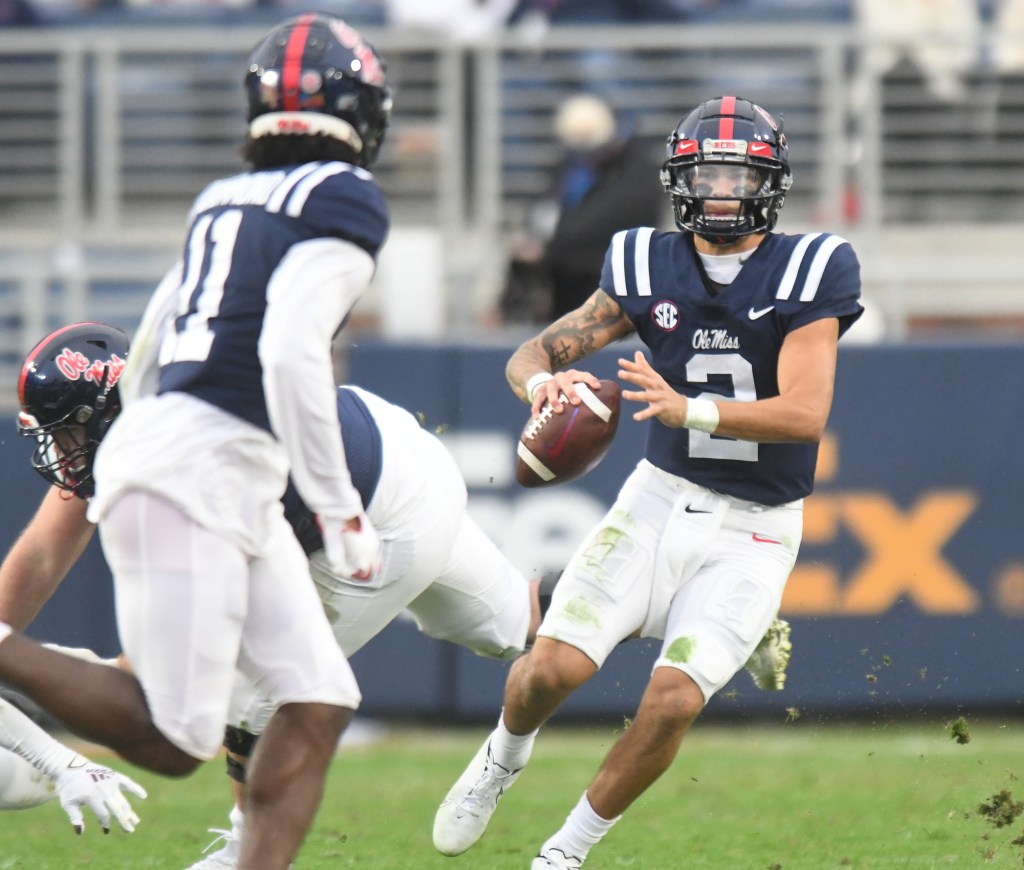 The Ole Miss offense could continue putting up big numbers in 2021.

A mystery of the upcoming offseason was solved on Wednesday, when head coach Lane Kiffin told local media that Matt Corral would be returning for another season.

Kiffin told Corral, who is in his third year at Ole Miss, the two needed to sit down at the end of this season to see where things stood regarding the redshirt sophomore returning or declaring for the NFL Draft next spring. Corral informed Kiffin of his future plans during that discussion.

Having another year in the offensive under Kiffin and offensive coordinator Jeff Lebby can do nothing but improve Corral’s draft stock, if not make him an early favorite for the Heisman Trophy in 2021.

In his first season with Kiffin, Corral has passed for 2,744 yards and 24 touchdowns in eight games. Those numbers eclipse Corral’s 2019 numbers of 1,362 yards and six touchdowns in 10 games played.

Corral has earned weekly Southeastern Conference’s Offensive Player of the Week multiple times this season and was recently added to the Davey O’Brien Quarterback Class of 2020. On Thursday, Corral was added to the Maxwell Award watch list, joining teammate Elijah Moore.

The news of Corral deciding to stay possibly had a domino effect with the news of quarterback Kade Renfroe entering the transfer portal being reported on Wednesday evening.