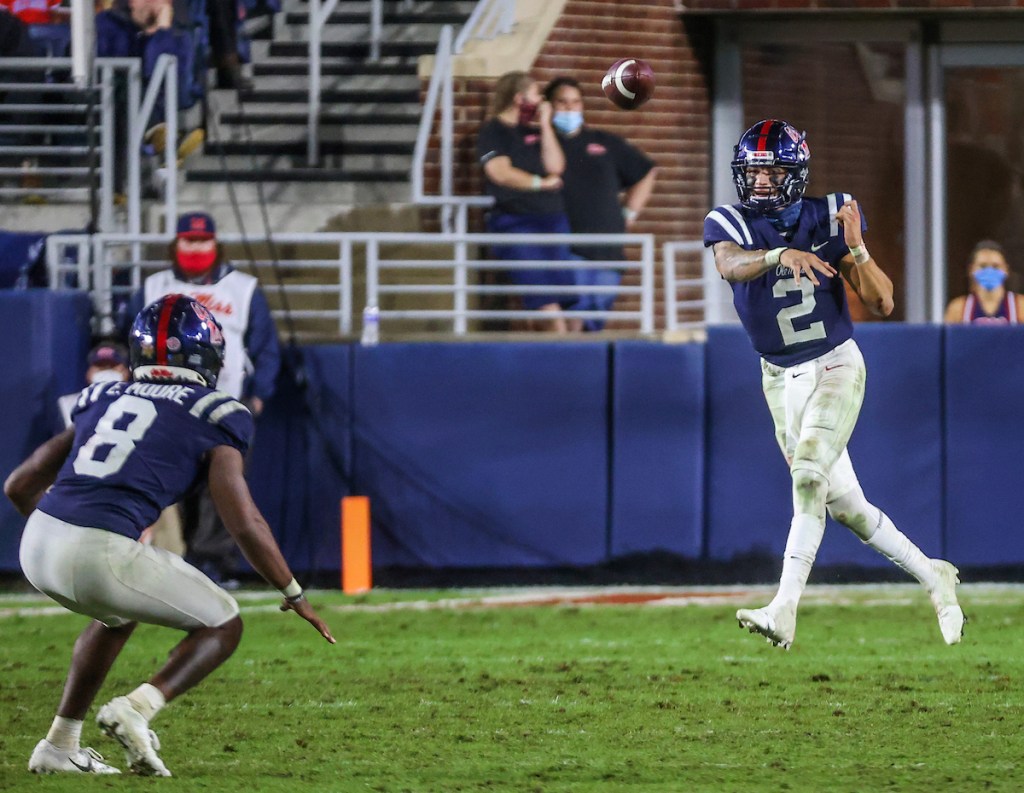 On Monday, the school announced Matt Corral, Elijah Moore and Mac Brown were named as semifinalist for four national awards.

Moore, the nation’s top receiver in receptions (86) and second best in receiving yards (1,193) was still in the running for the Biletnikoff Award as well as the Maxwell Award. Moore also set the Southeastern Conference record of most yards through eight games played.

The Maxwell Award is given the most all-around collegiate player, similar to the Heisman Trophy. Moore was one of 20 players selected to the semifinal list that included Ohio State’s Justin Fields and Clemson’s Trevor Lawrence.

Lighting up the scoreboard and opposing SEC defenses, Corral’s production this year is among the nation’s best. Corral ranks in the top 10 in nearly every passing category this season, ranking No. 8 nationally in passing yards with 2,744 and in passing touchdowns with 24. The touchdown mark puts him second best in the SEC behind Alabama’s Mac Jones.

Corral was one of 17 quarterbacks named to the Davey O’Brien semifinal list. The award honors the nation’s top collegiate quarterback and is one of the oldest college football awards. One player will be left off when the finalists are announced in the coming weeks.

Being honored for his work with the ALS through is lemonade stand fundraiser, punter Mac Brown was named a semifinalist for the Wuerffel Trophy.