Six arrested in connection with fatal shooting at Highland Square 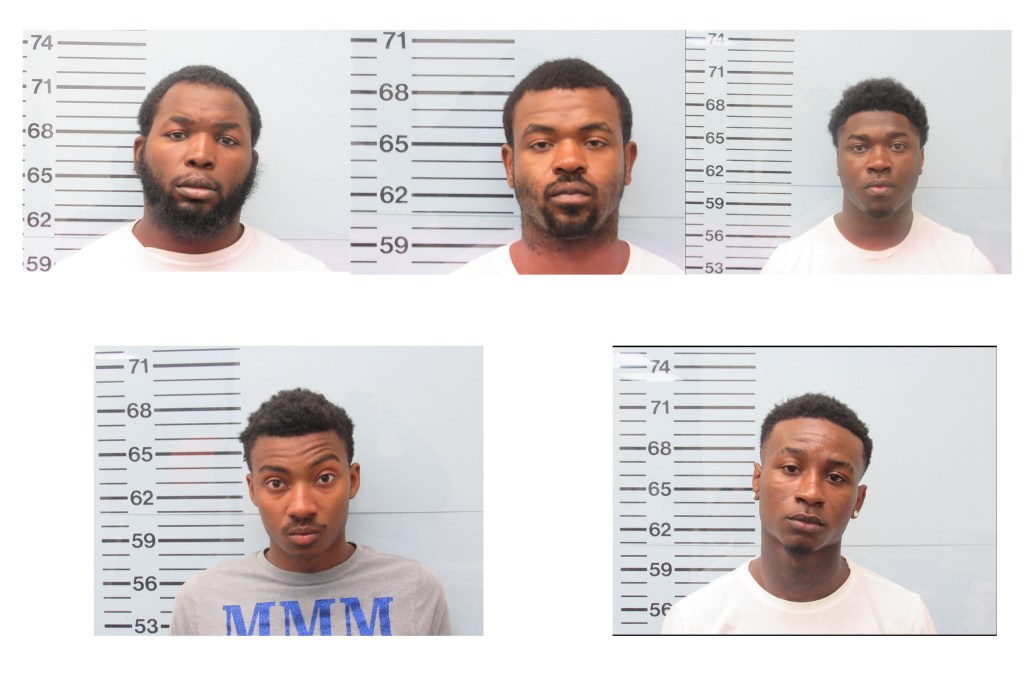 Six individuals are facing felony charges in connection with the fatal shooting that took place in the Highland Square neighborhood last month.

On Nov. 30, the Oxford Police Department responded to a report of shots fired in the 400 block of Olive Branch Way. When they arrived, officers found a male with multiple gunshot wounds. The victim, Frank James Davis, Jr., 22 of Grenada, was pronounced dead on the scene.

From Dec. 2 through 7, OPD arrested six individuals related to the homicide.

Markel Alexander Gleaton, 22 of Pope, and Richard Bernard McGee, 31 of Oxford, were arrested and charged with Capital Murder, armed robbery and conspiracy to commit armed robbery. Both were denied bond by a Lafayette County Justice Court judge.

Antonious Quintez Kimble, 21 of Charleston, and a 17-year-old juvenile were arrested and charged with armed robbery and conspiracy to commit armed robbery. Both were given a $100,000 bond by a Lafayette County Justice Court judge.

Jacob Emend Wood, 18 of Oxford, and Ajalon Jeffery Reed, 22 of Holcomb, were arrested and charged with conspiracy to commit armed robbery. Both were given a $25,000 bond by a Lafayette County Justice Court judge.

The investigation is still active and OPD stated not other information would be released at this time.

Oxford Boy Scout to hold food drive for The…