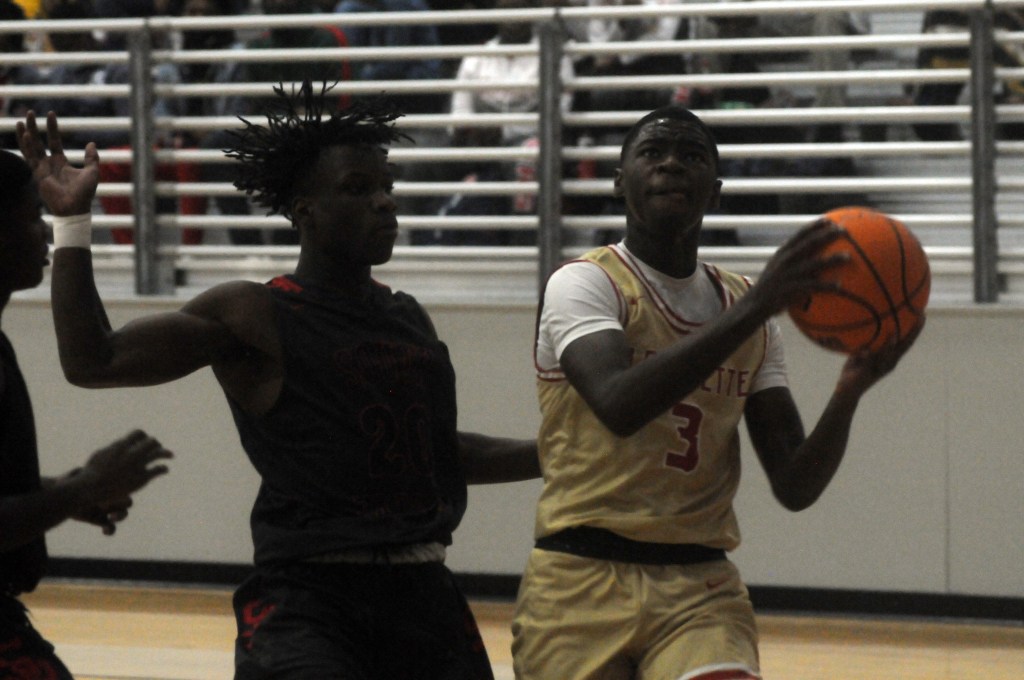 Lafayette basketball is working to get back into rhythm after not playing for nearly a month.

All Lafayette athletic programs shut down on Nov. 11 for the rest of the month, due to a spike in COVID-19 cases throughout the school district. Basketball resumed activities on Nov. 30 and started playing games again on Dec. 1.

On Tuesday, Lafayette hosted South Panola and saw mixed results in the Commodores’ split with the Tigers. The boys team picked up their second win over a 24-hour span while the Lady Commodores are searching to get back to where they were before shutting down on Nov. 9 due to a COVID-19 outbreak throughout their team.

In previous seasons, Lafayette might have found a way to lose a lead late in games, but the Commodores found a way to hold on and earn the victory in their 46-37 win over South Panola. Lafayette (2-1) also defeated Tishomingo County, 50-49, on Monday.

“It wasn’t the prettiest game (on Monday), but we found a way to win rather than figuring out a way to lose,” said Lafayette head coach Brad Gray. “Tonight, I thought our execution was a lot better. I thought we did a phenomenal job of blocking out and keeping them off the offensive glass. To me, I thought that was the key to the game.”

The Commodores took a 16-point lead into halftime but South Panola surged to open the second half, getting to within five points. Lafayette responded with 13 points late in the fourth quarter to hold on for the win.

Lafayette’s girls got their season started on Oct. 31 and played another game on Nov. 3, and then did not take the court for four weeks.

A COVID-19 outbreak halted the early season momentum that all teams try to find. Instead, the Lady Commodores had to start the process all over again when they played their first game in almost a month on Dec. 1.

Since then, they have played two games, including Tuesday’s 43-32 loss to South Panola. On Monday, they fell to Tishomingo County, 62-47.

“We only lost three ballgames during (the shutdown), but all the practices with the young girls that we have this year really made it difficult,” said Lafayette head coach Shayne Linzy. “We come back and all the teams that we’re playing haven’t had to go through the quarantine and that’s just life. That’s the world we live in today. But bottom line, we’re going to keep playing.”

The biggest issue for Linzy and his staff is trying to find players to produce consistently on the court on a nightly basis. Of the first five games Lafayette (1-4) has played, there has been a different scorer for four of those games.

“We’re struggling with (consistency) right now,” Linzy said. “I think a big part of it is we were in game shape those first couple of games and we’re still working our way back into getting into game shape. So, we get tired physically and we tired mentally and then I’m asking ninth graders and 10th graders to do all this kind of stuff and it gets to be a little much. That’s the way it is and we’re going to continue and we’re going to get it figured out.”

Lafayette returns to the court on Friday when they host crosstown rival Oxford. The girls tipoff at 6 p.m. followed by the boys.