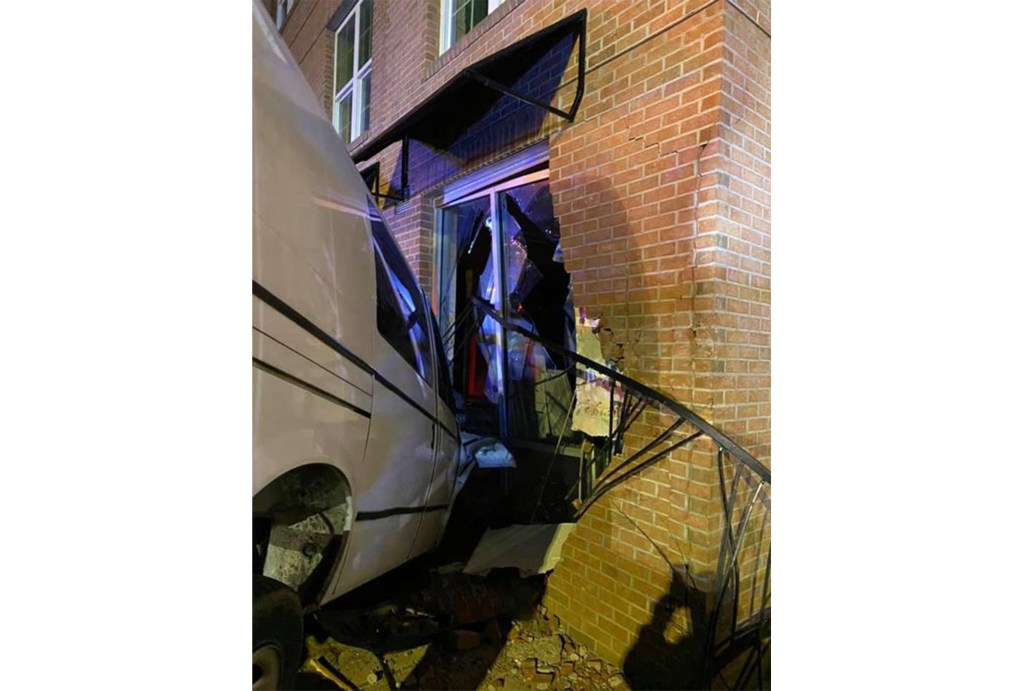 A driver crashed their vehicle into a building on East Jackson Avenue on Tuesday and is facing a DUI charge.

Around 8 p.m. on Tuesday, a car crashed into the Uncommon Oxford building and according to the Oxford Police Department nobody was injured, including the driver. Oxford police chief Jeff McCutchen told the EAGLE the driver was under the influence at the time of the incident.

According to Chris Carter, Oxford’s building official, no structural damage was sustained to the building, but only cosmetic damage to the brick facade of the building’s first floor.

“Fortunately, the ground floor level of the building is constructed of reinforced concrete columns and beams. The vehicle struck the building in the best place it could have as it hit a section of wall that is in between the structural support columns,” Carter said. “A small section of the brick facade also received some damage from the impact but should be relatively easy to repair as will the affected metal stud curtain walls and storefront glass panels.”

The vehicle hit a portion the building that was unoccupied lease space and used mostly for storage. Uncommon Oxford is student housing that features commercial space on the first floor. Baptiste Yoga and Frutta Bowls are located at the 514 Jackson Avenue East location.