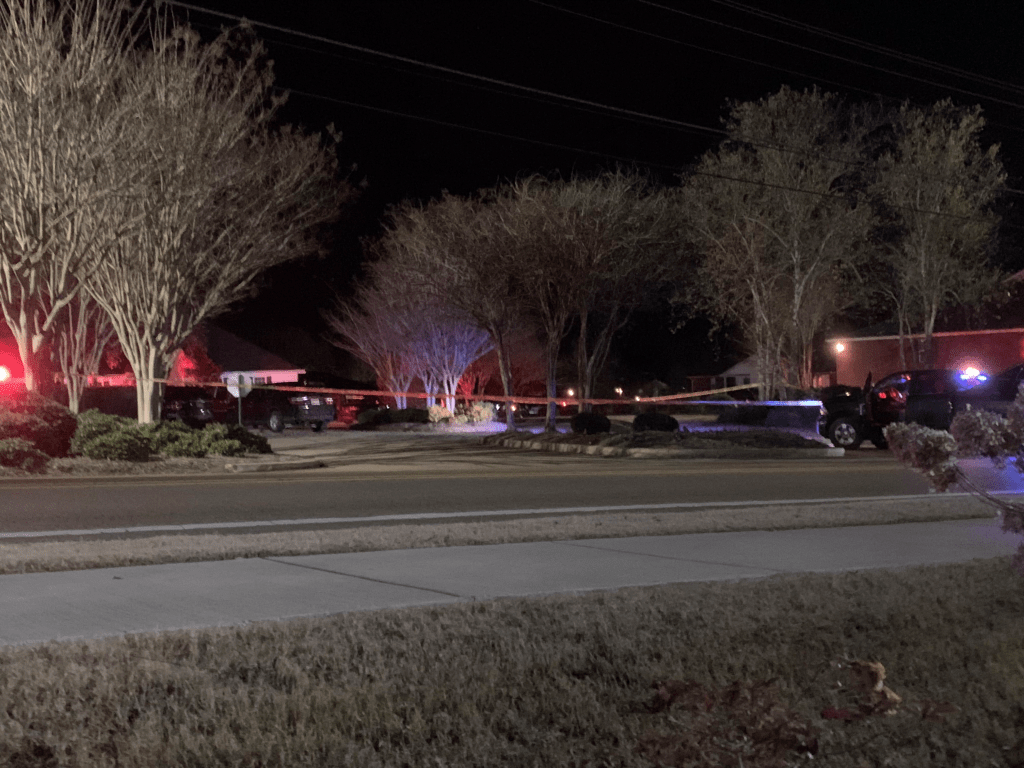 A standoff at The Mark Condominiums in Oxford ended Wednesday night in an officer-involved shooting.

Footage in the video may be disturbing to some. Viewer discretion is advised.

At 7:20 p.m. on Wednesday, a 911 call was placed, with a witness describing what they heard. Audio from the call was included in the video from OPD.

“I just heard screaming, and what I saw was a guy pull a lady up the stairs and back into their apartment. … She was very much in distress,” the caller said.

Officers arrived on scene at 7:29 p.m. and made their way upstairs to the second-floor apartment. According to OPD, when officers knocked on the door, they were met by Kenneth Miller, 47 of Oxford, who was brandishing a shotgun. The female victim immediately ran from the apartment to safety. The door slammed shut and officers moved back to establish a perimeter.

The video from OPD included body cam footage of officers knocking on the door of Miller’s apartment. A freeze frame in the video shows Miller clearly standing in his doorway with a shotgun, and multiple officers can be heard shouting, “Put the gun down.”

“After the perimeter was set, officers began evacuating surrounding apartments and worked to establish communication with Mr. Miller,” McCutchen stated in the video. “The Oxford Police Department in conjunction with additional resources were called out, and an incident command post was organized. Contact was made with Mr. Miller and negotiators talked with him for approximately over an hour to have a peaceful resolution.”

At approximately 9:50 p.m., however, as communications were ongoing, Miller abruptly exited the apartment onto his balcony. He began yelling at officers and pointing his shotgun at them, at which time OPD officers fired at him.

Miller was pronounced dead on the scene. No law enforcement officers were injured.

“Domestic violence calls are unfortunately all too common, and present some of the greatest dangers to law enforcement,” McCutchen said. “Officers do not know what they are about to encounter and the incidents are usually very volatile.”

Per OPD policy, the Mississippi Bureau of Investigation was called out to investigate the officer-involved shooting. This is an ongoing investigation.

McCutchen also expressed gratitude to the agencies involved in the incident, as well as to the community for their patience and support.

“I would like to express our gratitude for our law enforcement partners who assisted OPD. I would also like to thank the community for their patience last night during the incident,” he said. “The outpouring of support we have received from the Oxford community has been felt by this department.”