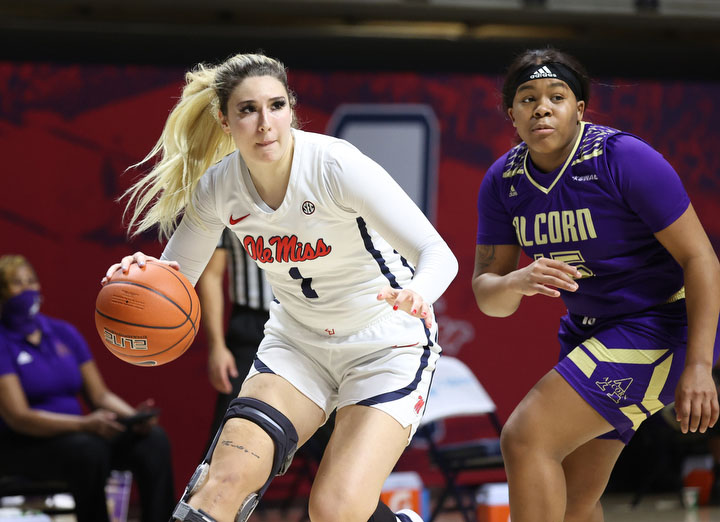 For a second-straight year, Sarah Dumitrescu’s basketball season was cut short due to injury.

The redshirt freshman guard suffered a knee injury late in Ole Miss’s game against Alcorn State on Tuesday. Further diagnosis and evaluation revealed Dumitrescu had torn her ACL in her left knee, ending her season not even three full games in.

Last year, the Bucharest, Romania native injured her right knee seven games into her true freshman season, which forced her to miss the remainder of the Rebels’ 2019-20 campaign. Dumitrescu was awarded a medical hardship waiver by the SEC for last season.

“Obviously this is a blow for Sarah and us,” said Ole Miss head coach Yolett McPhee-McCuin. “Like before, we will be there for Sarah and will continue to move forward, as it’s the only option.”

This is the second season-ending knee injury the Rebels have suffered early in the season. In early November, center Andeija Puckett suffered an injury that required surgery to repair multiple ligaments that were damaged.

Ole Miss (3-0) hosts Mississippi Valley State at 1 p.m. CT on Saturday as part of a doubleheader with the men’s team, who hosts UNC Wilmington at 4 p.m. CT.