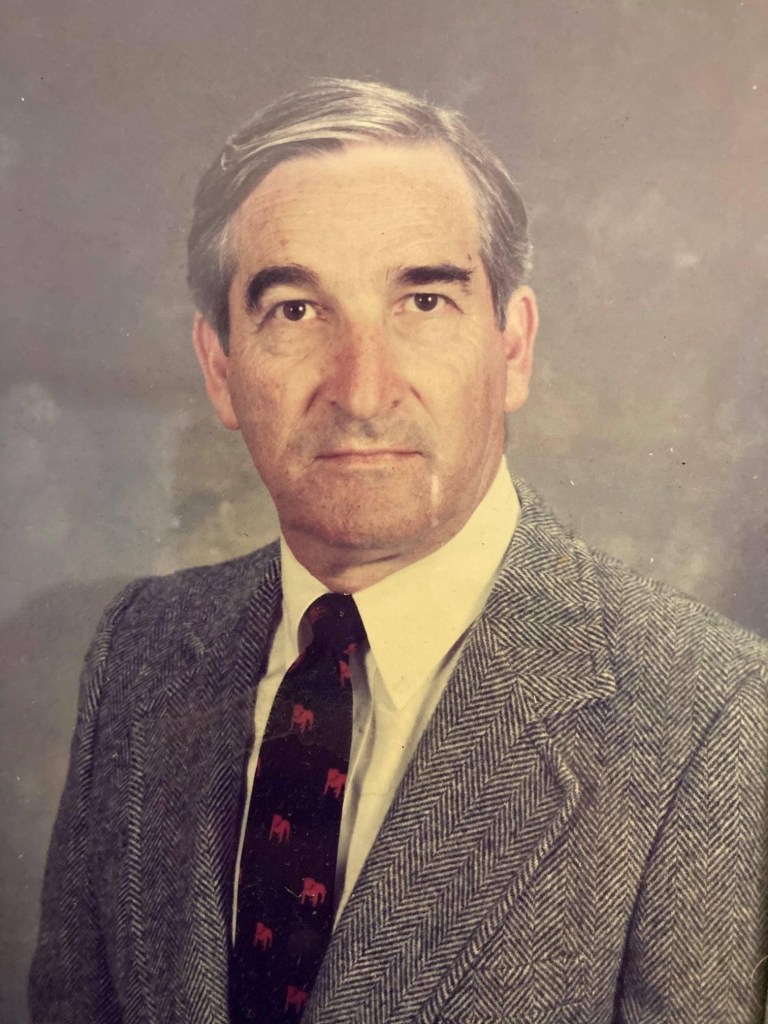 Coach Wally Bumpas, 84, of Madison, Mississippi, passed away on Dec.6, 2020,
surrounded by family.
Born to the late Gilbert Dell Bumpas and Zelma Boren Bumpas on Oct. 19, 1936 in Holly
Springs, Mississippi, Coach Bumpas graduated from Batesville High School and
received a B.A. in History from the University of Mississippi. He taught history and
coached football in Lambert, Shelby, Winona, Jackson-Calloway, McComb, and
Brandon, Mississippi and in 1990 was inducted into the MS Coaches Hall of Fame. He
loved his players and seeing them advance in their careers and personal lives. An avid
reader, especially of WWII, Coach Bumpas also found great pleasure in traveling and
fishing. Among his fondest times were trips to Europe and an African safari with his wife
Kennie and fly-fishing in the Bahamas. He enjoyed researching his genealogy, having
learned he descended from French Huguenot Eduod Bompasse, who arrived at
Plymouth on the “Good Ship Fortune,” Nov. 10, 1621, the first boat after the Mayflower.
In recent years, Coach spent his days enjoying his home on Lake Lorman.
He married Kennie Ruth Robison, the love of his life, July 23, 1961, at St. John’s
Catholic Church in Oxford, who survives him. He is also survived by son Wally Bumpas,
Jr. and wife Reni, daughter Elizabeth “Sis” Bumpas, and son Ken Bumpas and wife Lisa,
as well as seven grandchildren and four great-grandchildren. Coach Bumpas was
preceded in death by his brother Gilbert Dell Bumpas, Jr.
Memorial contributions in Coach Bumpas’s memory can be made to St. Jude’s
Children’s Hospital.
Arrangements are being handled by Sebrell Funeral Home.