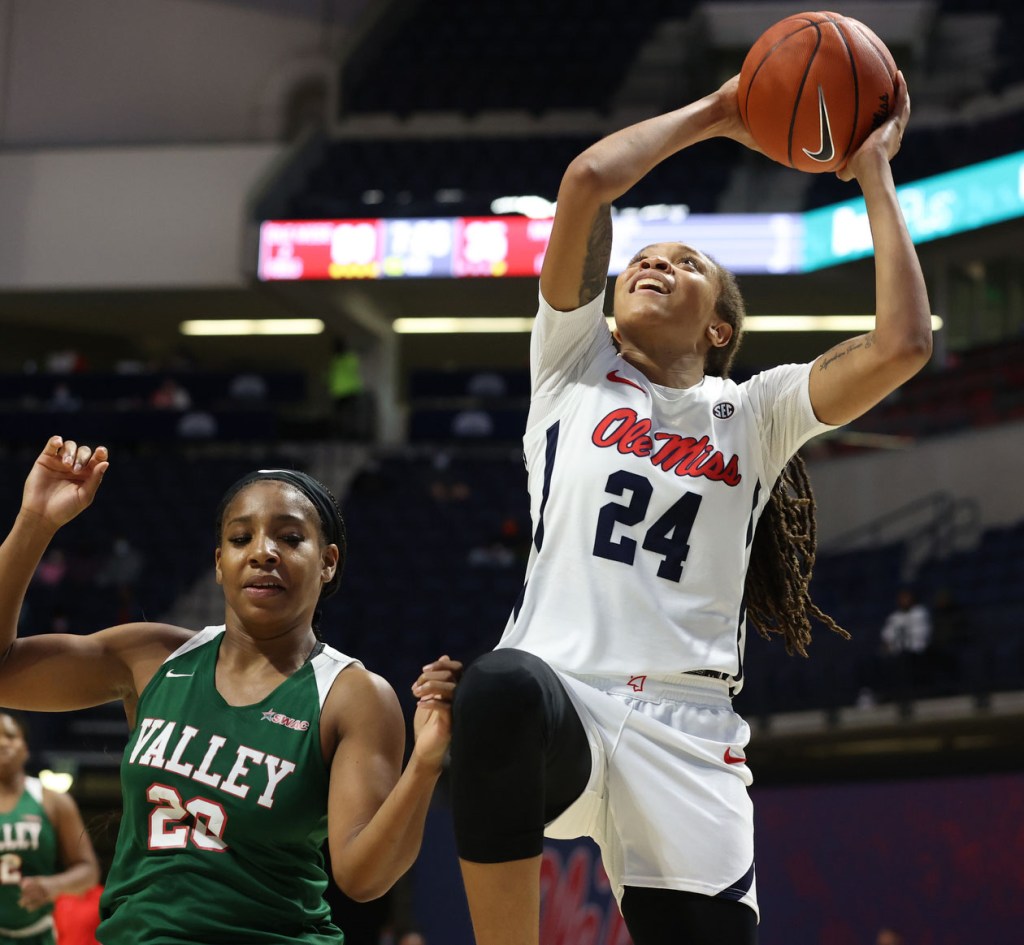 The depth chart took another hit for the Ole Miss women’s basketball team earlier this week and Yolett McPhee-McCuin wanted to see what she has the rest of the season.

Saturday’s game against Mississippi Valley State provided plenty of opportunities for the reserves as the Rebels shook off a slow start to defeat the Devilettes 86-46 at the Pavilion.

Following a quick 11-0 start, McCuin pulled her starters and gave valuable minutes to the rest of the players. That decision was one MVSU took advantage of and outscored the Rebels (4-0) 15-10 the final seven minutes of the opening quarter.

The starters returned to begin the second quarter, but the Devilettes continued to keep the game tight and trailed by only seven points at halftime.

“I was disappointed with the substitution,” McCuin said. “That’s where the immaturity comes. Kind of feeling like they were going to get minutes when I felt it was important for them to earn those minutes. That’s something that we’ll continue to focus on in the future.”

The Rebels had better success in the second half, outscoring MVSU 54-21 and forcing 14 turnovers in the final 20 minutes.

Shakira Austin had a game-high 19 points to with five rebounds, five blocks and three steals. The Maryland transfer found herself in foul trouble but played 21 minutes. Madison Scott finished with a career-high 17 points and Donnetta Johnson added 15 points.

Through her first four collegiate games, Scott is averaging 12.8 points per game. The nerves are slowly wearing off, but they are still present during a game for the freshman out of Indian Head, Maryland.

“Been a lot of nerves on my end,” Scott said. “Just trying to adjust to everything and just do what I can to go out there and help my team. …(The nerves) Have not really disappeared. At the beginning of the game I’m always sitting, just being quiet. (My teammates) ask me, ‘You good?’ I’m just visualizing, trying to get my mind right.”

Ole Miss concludes its opening homestand on Tuesday when they host Jackson State at 6 p.m. CT.