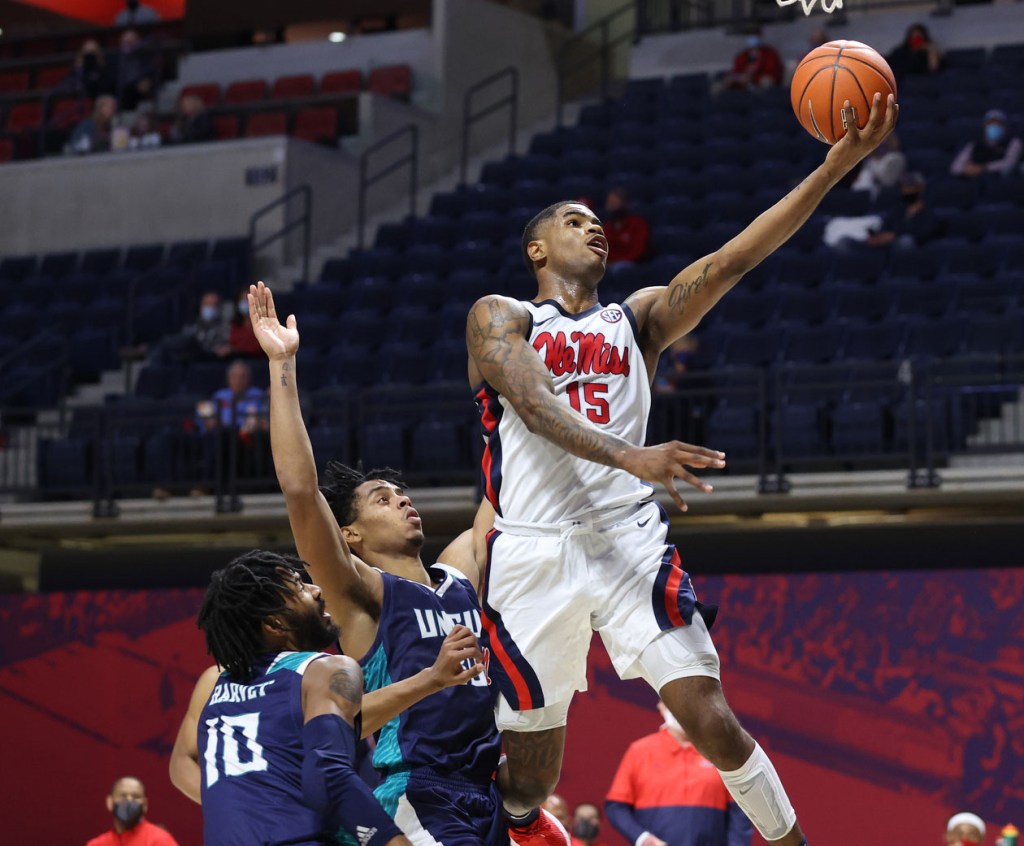 Ole Miss exerted their dominance down low all afternoon against UNC Wilmington on Saturday.

The duo of Romello White and Luis Rodriguez controlled the play around the basket in the Rebels’ 78-58 win over the Seahawks at the Pavilion.

“The rebounding, number one, was the biggest (improvement),” said Ole Miss head coach Kermit Davis. “That was a big emphasis the last two days.”

Coming off his season-ending foot injury last season, Rodriguez has started both games this year and seemingly found his groove on Saturday. The Los Angeles native recorded his first double-double of the season with 14 points and a game-high 12 rebounds.

New to the Rebels’ program this year, White is adding a presence underneath that Davis is confident will lead to points more times than not. On Saturday, White finished with a game-high 20 points along with six rebounds.

“I felt good. My teammates gave me a lot of confidence early, looking inside to me and getting me the ball,” White said. “It didn’t just start at practice. We’ve been having a good connection. I just come out here and just play for my team. I tried to do that the best I could.”

The Rebels also controlled the pace, defensively. They forced the Seahawks to commit 19 turnovers, scoring 24 points off of them. They had eight steals and five blocks to also stifle any offensive momentum UNCW tried to create.

“Our guys just created so much energy among themselves. They just kept going and kept going,” Davis said. “What this team has done early in the year now, can we do this in SEC play? As offense stagnated a little bit, they just keep backing up defensive possessions and those are great qualities.”

Ole Miss will play their third game in a five day stretch on Monday, hosting Central Arkansas at 7 p.m. CT before heading off to Murfreesboro, Tenn. to play Middle Tennessee on Dec. 16 then at Dayton on Dec. 19 for their first road trip of the season.