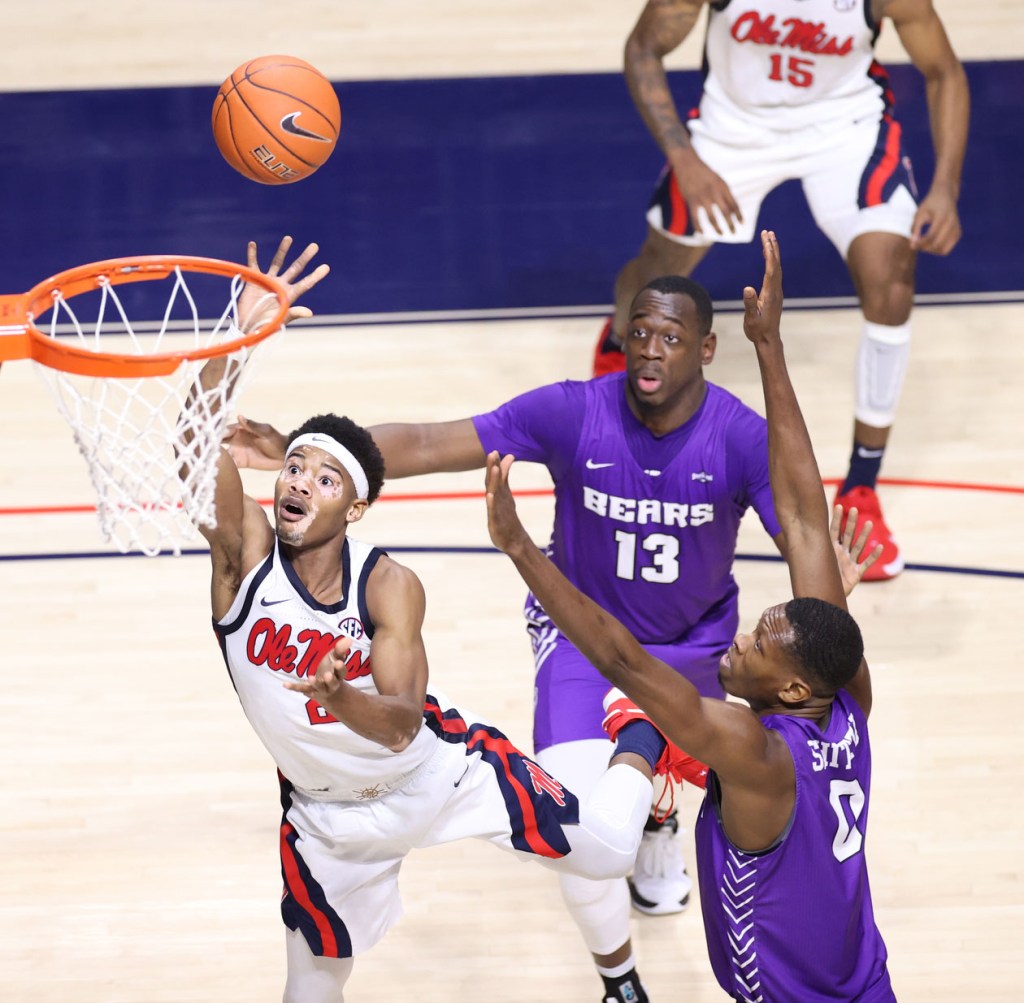 Ole Miss played their third game in five days on Monday and at times it showed.

The Rebels grinded out their third straight win to open the season with their 68-54 victory over Central Arkansas at The Pavilion.

After canceling the Justin Reed Classic during Thanksgiving week due to Ole Miss having to shut down for two weeks amidst a COVID-19 throughout the program, the Rebels made up two of the games and Monday was one of those rescheduled dates.

With the loss of games early on, Ole Miss coach Kermit Davis opted to get as many games back on the schedule as possible and caused a hectic week of four games in a seven-day span.

“Our biggest thing is shooting the ball from the perimeter,” Davis said. “I think we’ve got shooters that aren’t in a great spot right now. I thought shots we took were great shots. We tell them to shoot them, stay aggressive. That’s all we can do. You can’t get better shots than what we had tonight in the perimeter.”

With the offense lacking, the Rebels defense once again stepped up and helped provide some points. Central Arkansas committed 22 turnovers, which Ole Miss scored 27 points off of.

“We’ve just go to keep building confidence,” Davis said “Those guys have got to shoot it just to stretch us out. But what it can’t do is affect us on the other end, defending, and I thought it did that a little bit in the second half.”

Devontae Shuler carried the offense, scoring a game-high 20 points along with four rebounds and four assists.

Coming off a double-double performance against UNC Wilmington on Saturday, Luis Rodriguez scored 12 points with eight rebounds. Rodriguez was the only other Rebels to score in double digits

Ole Miss now leaves the Pavilion for the first time this season with two road games at Middle Tennessee State on Wednesday and Dayton on Saturday.

For Shuler, it is the first time he will play against his brother in a game. Dontrell Shuler is a guard for the Blue Raiders and it is one the two have had circled on the schedule for quite some time.

“It’s going to be pretty weird,” Shuler said. “We always played on the same team. We never got to go against each other. I feel like it’s going to be one of the most exciting games I’ve had in my college career and I’m not going to make it easy on him.”

The Rebels will tipoff against Middle Tennessee at 7 p.m. CT on Wednesday and will air on CBS Sports Network.