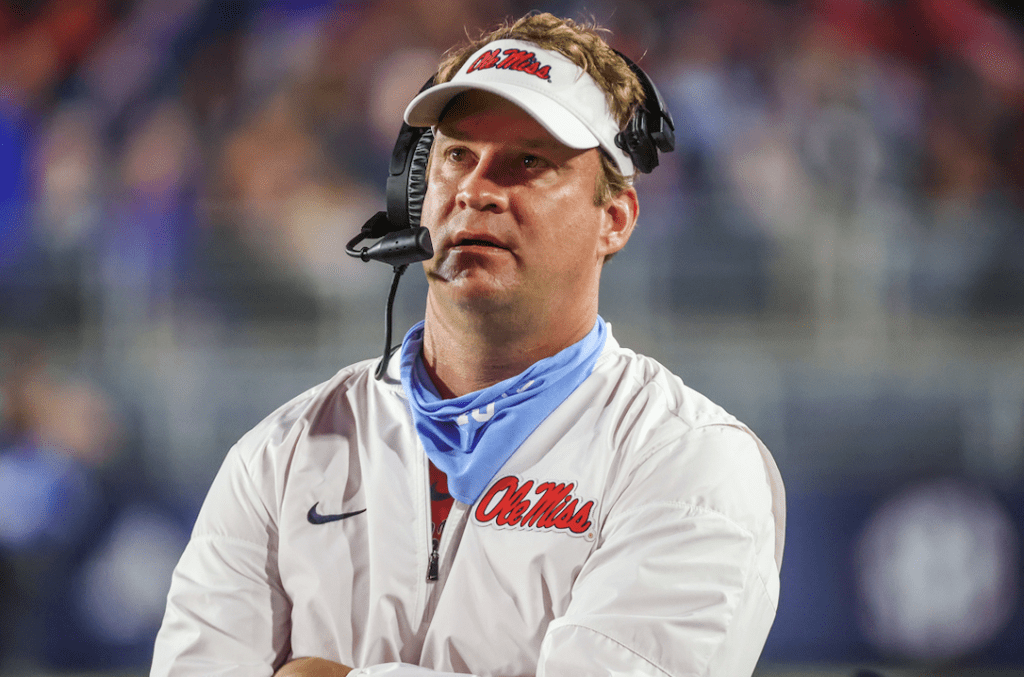 Lane Kiffin and Ole Miss should expect an invitation to a bowl game on Sunday for the first time since the 2016 Sugar Bowl. (Joshua McCoy/Ole Miss Athletics)

Due to the COVID-19 pandemic’s influence on the football season, Ole Miss could find themselves in a bowl game later this month as either a four- or five-win team.

The NCAA approved a change to do away with a minimum number of wins to be bowl eligible this year, due to shortened seasons and the fact that some teams and bowl games are not participating this postseason.

In a normal season, teams usually have to have at least six wins to become bowl eligible. There are some years where a five-win team can find themselves playing an extra game in late December or early January, but usually, six wins is the threshold. This year, all bets are off and there could be six-win teams playing a two-win team in bowl games, to put a cap on the unique 2020 season.

Sitting at 4-4 with one more game remaining in the regular season at LSU this weekend, Ole Miss should expect to receive an invitation to their first bowl game since the 2016 Sugar Bowl come Sunday.

Where the Rebels will be playing that game, and who their opponent will be, is still to be determined. However, most prognosticators see them either in the state of Tennessee or Florida.

ESPN’s Kyle Bonagura and Mark Schlabach both agree in their latest projections that Ole Miss will be heading to Jacksonville, Fla. and facing N.C. State in the Gator Bowl on Jan. 2.

Brett McMurphy of Stadium has not issued his latest predictions, which come on Tuesdays each week, but has Ole Miss in central Florida in his Dec. 8 predictions, playing in Tampa the Outback Bowl against Iowa on Jan. 2. Sporting News agrees with McMurphy on Tampa but has the Rebels playing against Northwestern.

Jerry Palm of CBS Sports predicts the Rebels will be playing a little closer to Oxford in Nashville’s Music City Bowl against Maryland on Dec. 30. Saturday Down South predicts Ole Miss will be spending New Year’s Eve in Memphis playing in the Liberty Bowl against TCU.

How the Rebels fare in Baton Rouge on Saturday afternoon will go a long way in determining if they will be booking a hotel in Tennessee or getting some winter sun in Florida.