City of Oxford names Employee of the Year 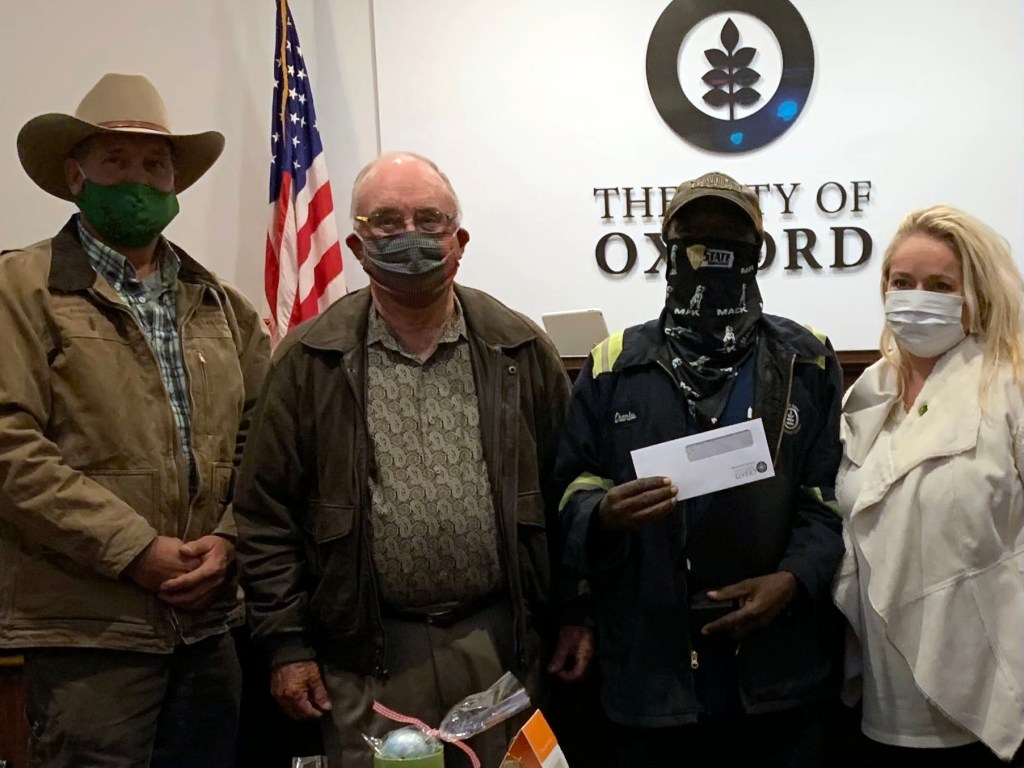 Charles Ivy has worked for the City of Oxford for 32 years, and on Tuesday, he was honored for those years of service.

During the Board of Aldermen’s regular meeting, Ivy was named the city’s top employee of 2020 and presented with the Virginia H. Chrestman Memorial Employee of the award.

The award is given annually to any full-time employee of the city who has worked for more than eight years. An eligible employee is nominated by their department head who is then considered by a selection committee that picks the winner.

Ivy, who is a front-end loader operator with Oxford Environmental Services, was nominated by two people in the department. Mayor Robyn Tannehill read a portion of one of the nomination letters about Ivy during the award presentation.

“He is the first person at work every day. When we call him after his shift or on the weekend to come empty a dumpster, he’s quick to say, ‘okay.'” the letter read. “He goes above and beyond all of the time for his supervisors and co-workers. He’s a great team player and shows leadership when needed.”

Ivy was given a $1,000 check and a certificate for being named employee of the year.

“Every time I see you, whether you’re driving or on the side of the road, I’ve never seen you without a smile,” Tannehill said to Ivy.