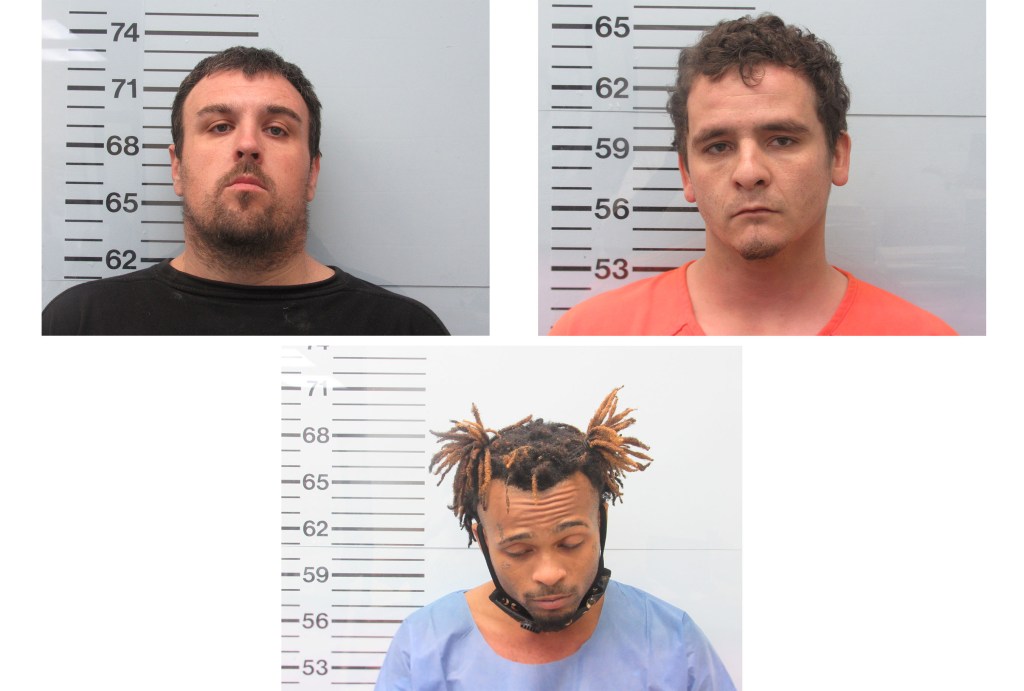 Three Water Valley men are facing assault charges following an incident that involved a shooting, according to the Lafayette County Sheriff’s Department.

On Dec. 20, investigators with the sheriff’s department arrested Ryan Vandiver, 30, Daniel Edwards, 26, and Kyler Fitzpatrick, 21,  for the charge of aggravated assault.

The three individuals were involved in an incident in the Harmontown community that resulted in two people being shot. The status of those shot was not disclosed by the sheriff’s department.