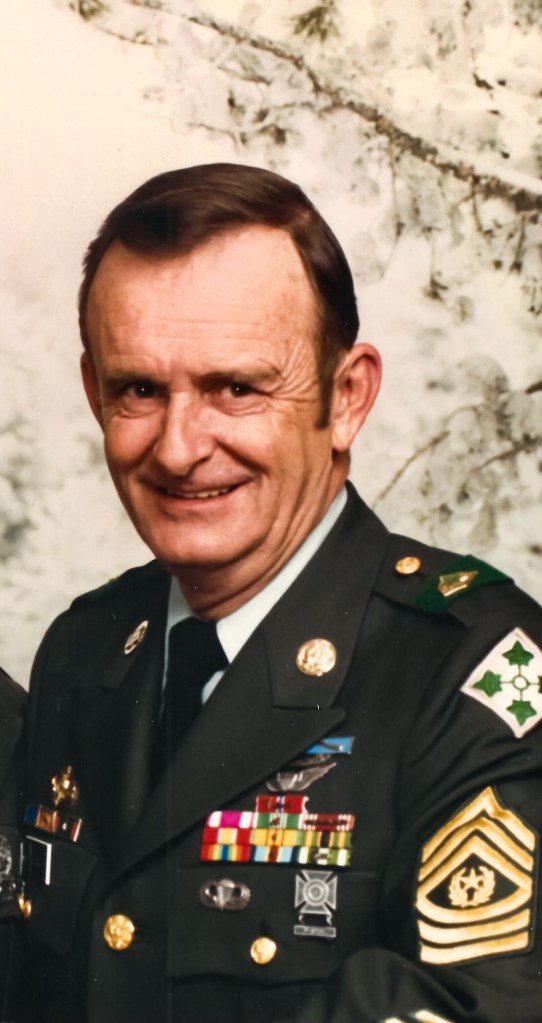 It is with profound sadness, the Noble Family must announce the patriarch of our family, Charles E. Noble, Jr. drew his last breath on this earthly plane of existence on Dec. 22, 2020.

At his side when he passed away, was Susan Noble. His loving wife of 55 years. Charlie Noble is survived by his two sons Scott (now married to Nancy) and Warren (now married to Midge) and grandchildren Christian (Fiancée Hannah King), Hannah and Eddey.

Charlie Noble Spent 30 years in the United States Army ending his career with the rank of Command Sergeant Major with a plethora of commendations earned in combat and peace time. He was always proud that he was the first of what is now three generations of the Noble Family to inscribe their names
on the rolls for The United States Army; Father, Sons and Grandson.

Retirement from the military simply meant finding something else to do. Starting a small business with a partner, more hunting and fishing trips, and ultimately moving from Colorado to Oxford in 2009. Even in Oxford, Charlie remained active as a volunteer with the Oxford Police Department as a graduate of their Citizens Police Academy in 2014.