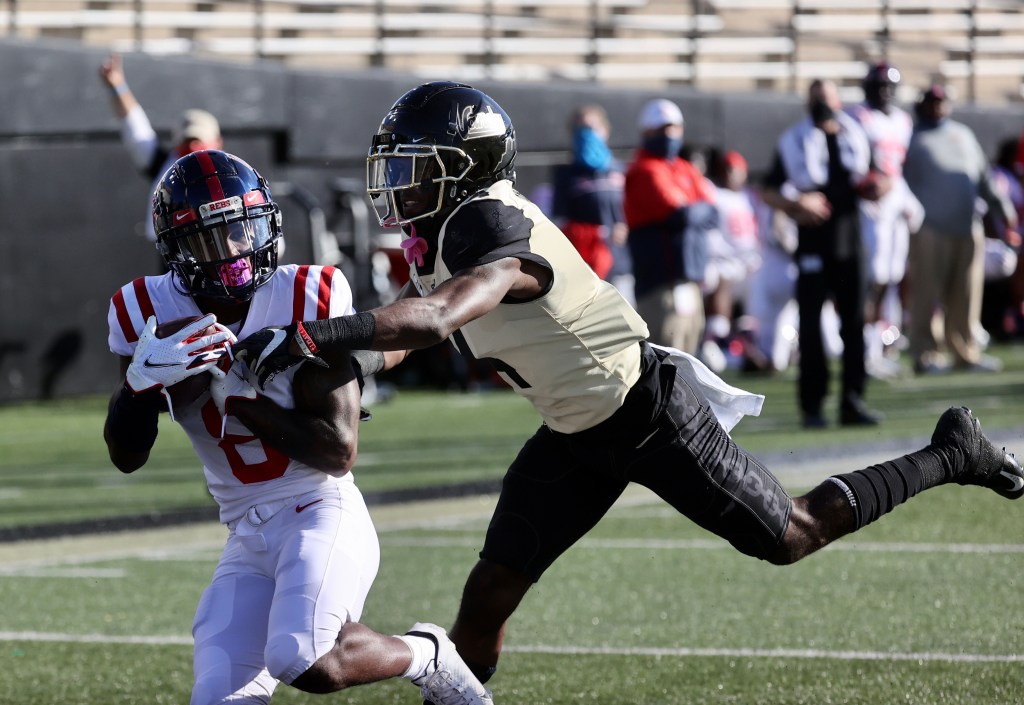 Moore is the 59th Rebel to be named All-American by the Associated Press in program history.

Prior to the Dec. 19 game at LSU, Moore elected to forgo the final games of the Rebels’ season and choosing to put his focus on preparations for next year’s NFL Draft. In doing so, Moore was unable to topple a couple records he was trending towards re-writing if he had finished out the season.

The Biletnikoff candidate concluded the 2020 season just 13 catches short of Laquon Treadwell’s career mark career mark of 202 receptions and recorded 10 or more receptions in seven of the his eight games played this season.

Now that his career at Ole Miss is complete, Moore ranks third in receptions (189), fourth in receiving yards (2,441) and sixth in receiving touchdowns (16). Moore was also the only Rebel in school history to surpass the 200-yard receiving mark three times in a career, all of which came during the 2020 season.