Jerrion Ealy to miss baseball season due to shoulder injury 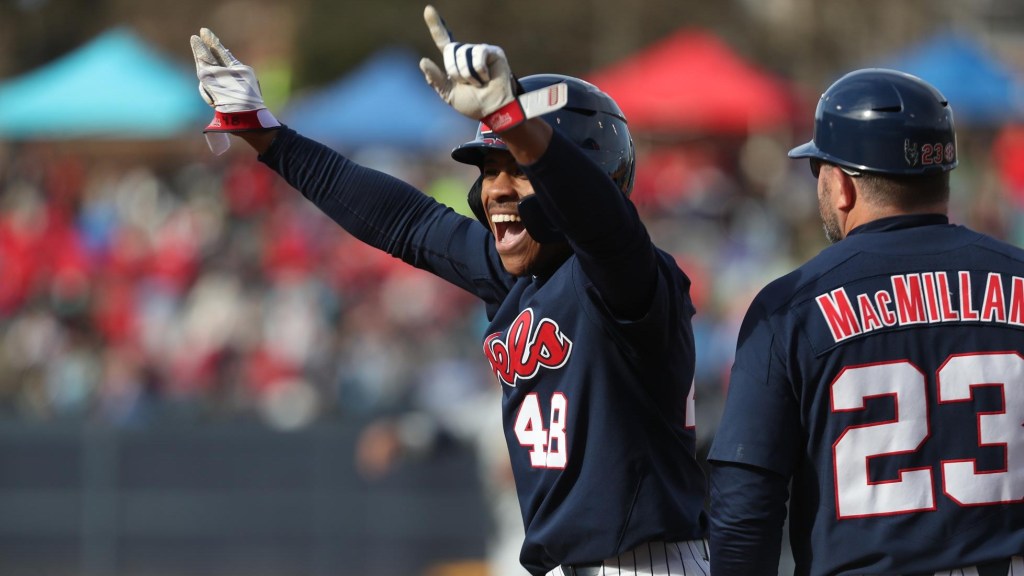 Ole Miss outfielder Jerrion Ealy will miss the 2021 baseball season due to a shoulder injury that will require surgery. (Ole Miss Athletics)

Ole Miss will be without a key outfielder for the 2021 season.

Jerrion Ealy will miss the upcoming baseball season due to a shoulder injury that requires surgery. The surgery is scheduled for Thursday.

A source confirmed Ealy’s injury, which was originally reported by the Ole Miss Spirit’s Ben Garrett, earlier on Tuesday.

The timetable for recovery from the surgery is between four to six months. With Ealy undergoing the operation in early January, that puts his recovery somewhere between May and July.

In his first season with the Rebels, which was cut short after 17 games due to the COVID-19 pandemic last spring, Ealy hit for .182 with three runs batted in and four walks. He played in 13 games and started six of them.

Entering what is technically his freshman campaign again with the NCAA granting eligibility waivers due to the pandemic, Ealy was anticipated to compete for a starting position in the outfield.

Official workouts for baseball are scheduled to begin on Jan. 15, with voluntary workouts already underway.

Ealy, who also plays football for Ole Miss, has been battling a lower leg injury in the final month of the 2020 season. The Jackson Prep standout was injured during the LSU game on Dec. 19.

Ealy made the trip to Tampa for the Outback Bowl last weekend, but did not participate and was seen in a walking boot.