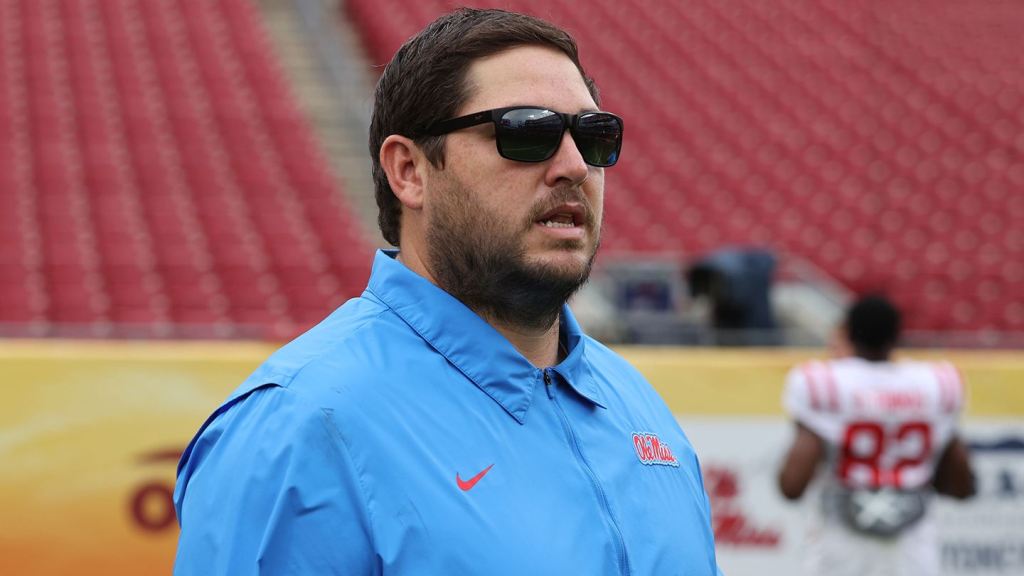 The key components to the machine that was the Ole Miss offense in 2020 are staying Oxford for the foreseeable future.

On Tuesday, the school announced a new two-year contract for offensive coordinator Jeff Lebby. The news comes off the heels of Saturday’s announcement of a new contract for head coach Lane Kiffin.

The terms of the new contract were not disclosed.

Lebby helped the Ole Miss offense shatter Southeastern Conference records and become one of the nation’s top offenses in the FBS. Ole Miss broke the SEC record for for total offense in conference games with 562.4 yards per game, besting LSU’s mark of 550 ypg during the 2019 national championship season.

“Coach Lebby did an incredible job managing our offense and preparing (Ole Miss quarterback) Matt (Corral) every game,” Kiffin said. “Coach Lebby brings the innovative mentality we want in our program, and we look forward to building on the historic success of this season’s offense.”

The Rebels ranked top-20 in the country in 10 offensive categories under Lebby’s guidance in 2020. Corral is also the FBS leader total offense (348.3 ypg) and among the top 10 in almost every passing category. He is third in total quarterback rating (89.7), trailing only Alabama’s Mac Jones and Ohio State’s Justin Fields and is fifth in passing yards (333.7)

Due to the success of the offense, Lebby was a semifinalist for the Broyles Award, honoring the nation’s best assistant coach. The award ultimately went to former Alabama offensive coordinator, and new Texas head coach, Steve Sarkisian.

Lebby was hired by Kiffin on Dec. 12, 2019 as part of Kiffin’s first staff at Ole Miss. Prior to coming to Oxford, Lebby spent two seasons at the University of Central Florida as quarterbacks coach and offensive coordinator.