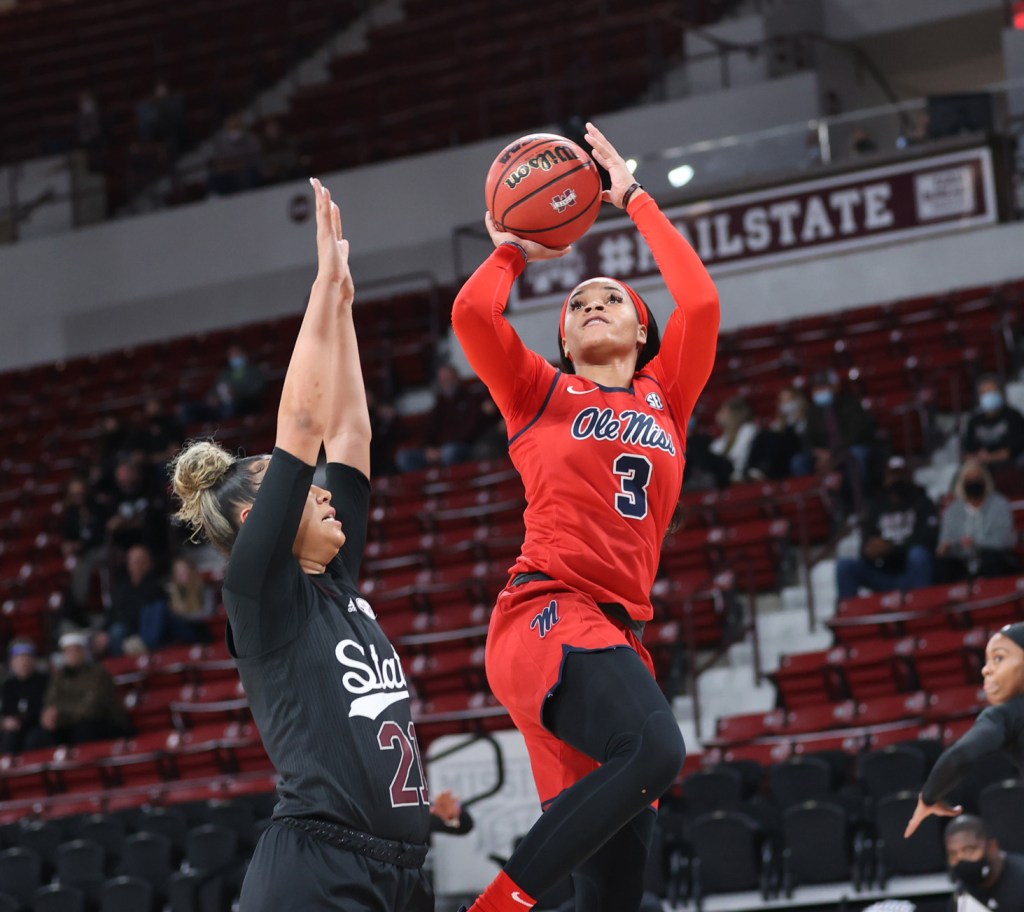 When the buzzer sounded in Starkville on Sunday evening, the Ole Miss women’s basketball team found themselves once again on the losing end of the scoreboard against No. 14 Mississippi State.

This time, however, the feeling was not the same as it was the last few years. The Rebels got within two points in the final 90 seconds before losing 60-56, the closest margin of defeat in the series for Ole Miss since losing by two points to the Bulldogs on Jan. 22, 2015.

Mississippi State has won the last 14 games in the series, but Rebels head coach Yolett McPhee-McCuin said she senses her team might be closing the gap between the two programs.

“That’s what a rivalry game should look like,” McCuin said after Sunday’s game. “When I tell you I’m like extremely proud of my team… not a moral victory, please. I’m like Lane Kiffin. I’m confused if everybody is congratulating us. We lost the game, okay. But we did come on the road and we battled against the No. 14 team in the country, and a lot of things didn’t go our way. We just want to get better from here.”

Ole Miss (7-2, 1-2 Southeastern Conference) see themselves as a team that is turning a program around that has not made it to the NCAA Tournament since 2008. They won their first SEC game last Thursday since February 2019, ending a 23-game losing streak in conference play that included two SEC Tournament losses.

The Rebels have gone 1-2 in their last three games, which could have been a 2-1 record if things fell their way in Starkville, without key starter and true freshman Madison Scott. Scott is the team’s third-leading scorer (12.2 points per game) and second-best rebounder, but she has been absent the last three games due to COVID-19 protocols.

Scott, and other players who have been out the last three games due to COVID-19, are expected to be available for Thursday’s home game against Missouri (4-3, 0-2).

A roster full of youth is led by senior Valerie Nesbitt and junior transfer Shakira Austin. Beyond those two, the production is coming from redshirt sophomore Donnetta Johnson, who scored a career-high 25 points on Sunday and is the second-leading scorer with 13.1 ppg.

Johnson has come on in the last three games with the absence of Scott on the floor. McCuin has a young team, but they are having the best start to a season since she took over in 2018.

The nation is noticing the beginning of a potential program revival in Oxford. In ESPN’s latest bracketology projection for this year’s NCAA Tournament released on Tuesday, Ole Miss is the first team out.

In the NCAA’s Evaluation Tool (NET), which is relied on more than RPI rankings these days, the Rebels moved up from No. 45 to No. 44 following Sunday’s close loss.

Ole Miss and Missouri tip off at 6 p.m. CT. The game will air on SECN+.