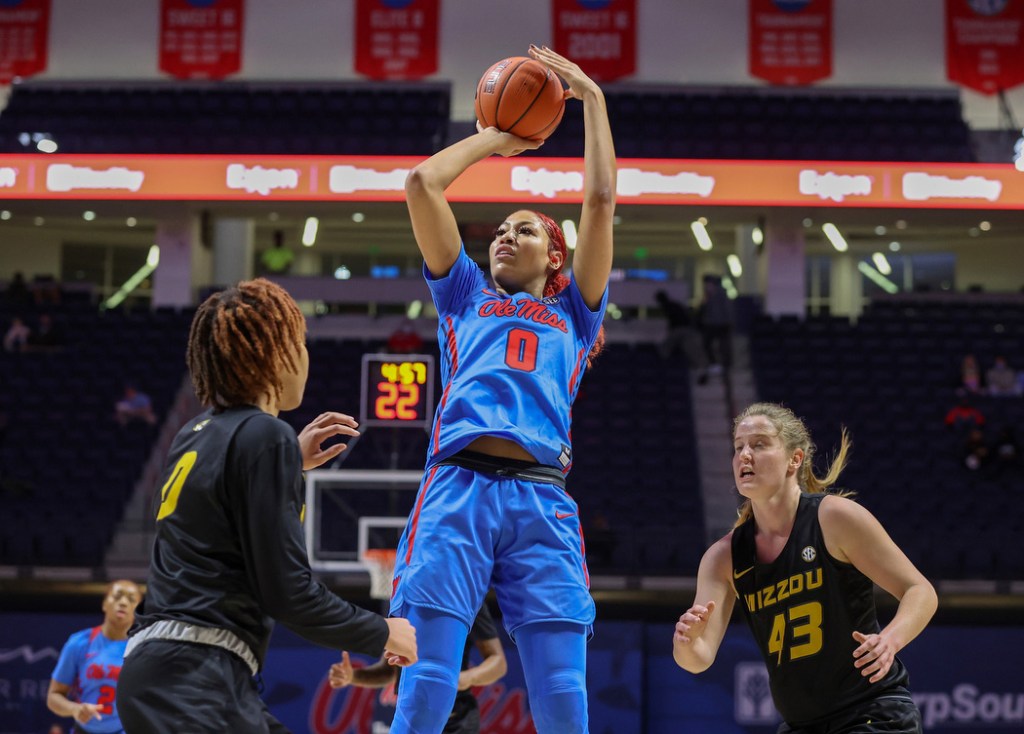 If Sunday’s loss at Mississippi State was a small step forward for the Ole Miss women’s basketball program then Thursday’s game was anything but.

The Rebels returned to the court for the first time since their four-point loss to the No. 14 Bulldogs, falling to Missouri, 86-77. It was their second straight loss since earning their first Southeastern Conference win in nearly two years last week against Auburn.

Missouri (5-4, 1-2 SEC) started the game hitting nine of their first 11 shots to take the 29-21 lead after the opening quarter. While the Tigers seemingly could not miss, Ole Miss (7-3, 1-3) struggled to hit the basket, shooting 41 percent from the floor in the first 10 minutes of the game.

After taking an 11-10 lead midway through the first quarter, the Rebels never held the lead the again in the game.

“We dug ourselves a really deep hole in the first quarter,” said Ole Miss coach Yolett McPhee-McCuin. “Just had to really fight hard to come back and did not have the energy to do so to finish it out in key moments. We have to learn and we have to keep getting better. We’re a young team. I’ve got full confidence in the group. They’re learning how physical the SEC is. They’re learning that nobody is going to give it to us and they’re learning they have to fight.”

For the first time in the last four games McCuin had a full roster at her disposal. Freshman forward Madison Scott and others were back on the bench after missing the last three games due to COVID-19 protocols.

Scott started the game, but played only 18 minutes in her return to action. She finished with eight points, four rebounds and an assist.

Coming off her career-best performance in Starkville, Donnetta Johnson continued to be a key factor on the offensive end. The sophomore guard finished with 20 points, eight rebounds and three steals. Shakira Austin scored a game-high 26 points.

Entering Thursday’s game, Ole Miss was holding teams to 53.9 points per game and the 16th best scoring defense in the country. Against the top defense in the SEC this season, Missouri had their way with the Rebels.

The Tigers outscored Ole Miss 36-30 in the paint and finished with 25 points off the bench. Forward Hayley Frank led Missouri with 23 points.

“They just out-toughed us,” McCuin said. “We didn’t compete as hard as we should’ve. We didn’t trust the game plan, initially. When we did trust the defensive game plan we got stops. Then we just didn’t have the energy to run around in the second half. Maybe I should’ve played more zone because I knew we were just gassed.”

Ole Miss hits the road for a game at Georgia on Sunday with a 2 p.m. CT tip off. The game will air on the SEC Network.