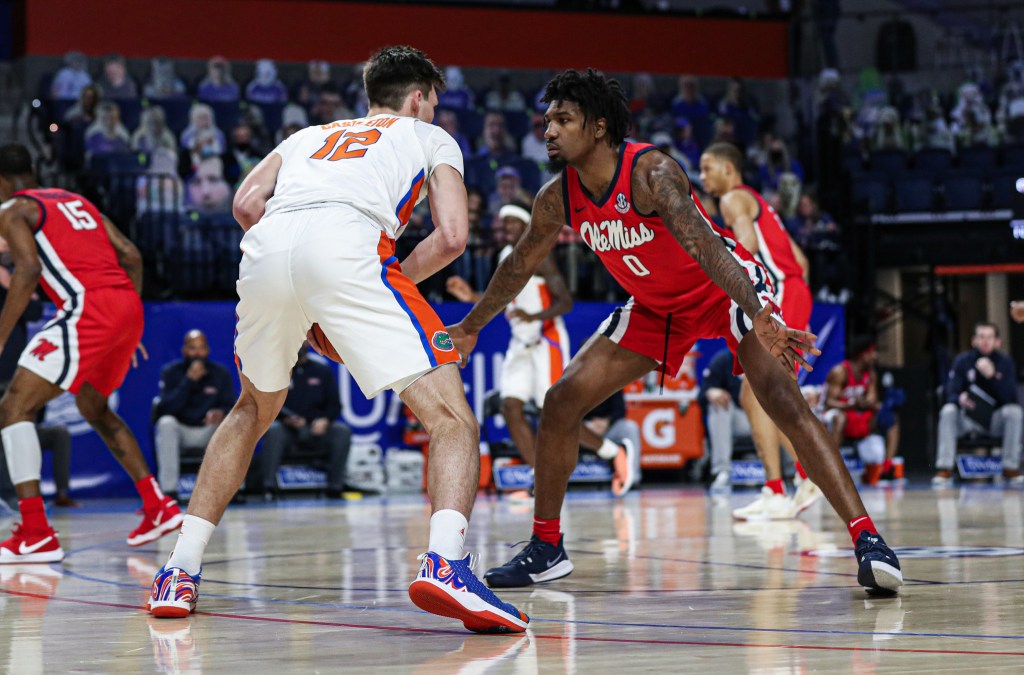 The beginning of conference play for the Ole Miss men’s basketball team has not gone the way they envisioned, but they are not letting their emotions take over.

The Rebels (6-5, 1-3 Southeastern Conference) had a five-point lead over Florida on the road in Gainesville on Tuesday, but then the Gators rattled off a 14-0 run to close out the game in the final four minutes to hand Ole Miss their fourth loss in the last five games.

Despite how the first four games of SEC play have gone, Ole Miss head coach Kermit Davis said his players have responded well in practice the last couple days.

“Zero frustration. There’s no frustration,” Davis said. “Are we disappointed we lost? No question. Losing is no good. We talked about it after Christmas. Alabama and LSU may be the two best teams in the league besides Tennessee, they got us. Wichita State and Florida We talk about it a bunch. We make one play on each end in both games, we’re sitting here with eight wins and 2-2 in the league and everybody thinks we’re fine. The only time I would ever really get frustrated is when our team won’t practice and we’re not going to let that happen.”

Closing out games has become an issue for the Rebels in the middle portion of the season. After holding five of their first six opponents to less than 60 points, they have allowed their last five opponents to score at least 61 points.

Another aspect of taking away second-chance scoring opportunities is improving their rebounding ability. Forward Romello White is a big part of Davis’ rebounding plans, but the graduate transfer from Arizona State has not made the impact he was expected to since conference play began.

Against Florida, White had two rebounds the entire game before fouling out late.

Ole Miss returns to the court on Saturday when they host Georgia at 11 a.m. CT (ESPN2). The Bulldogs are 0-4 in conference play, including an overtime loss at LSU earlier this season.