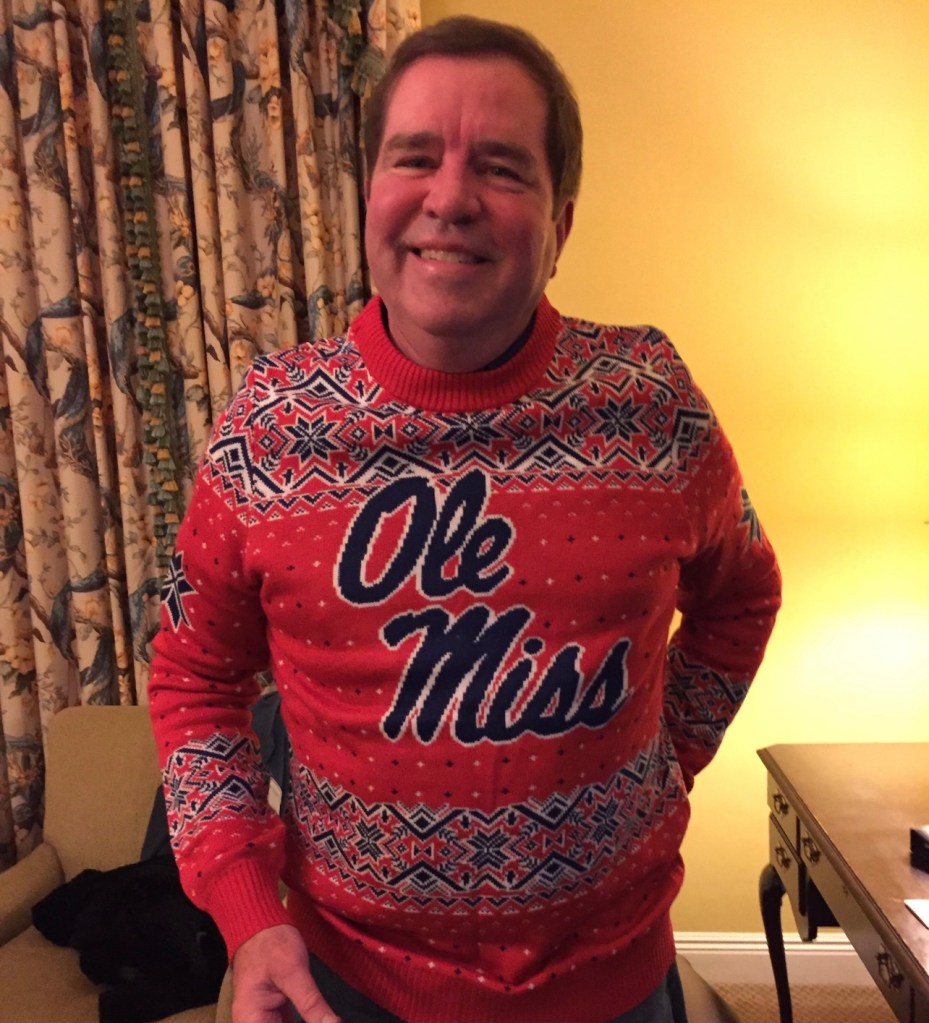 Dave Alan Russell, MD died surrounded by family, friends, and lifelong colleagues on Jan. 20, 2021, at Anderson Regional Medical Center, the hospital where he dedicated his life’s work as a cardiologist. Dave will be buried in a private family service in Oxford Memorial Cemetery in Oxford. Additional arrangements will be announced at a later date.

The son of Austin and Ruby Russell, Dave was born on April 9, 1950, in Oxford. In elementary school, Dave walked to school and his collie, Prince, walked with him and waited loyally outside the building every day until school ended. This relationship cemented his love of dogs that continued throughout his life.

In 1968, Dave, also known as “Bugs,” graduated from Oxford High School, where he met his wife of 47 years, Lynn Parks Russell. In high school, Dave played football and baseball and often hunted quail with his dad and his brother, Skip, at his family’s farm.

Having attended his first Ole Miss football game at the age of five, Dave’s love of all things Ole Miss and Oxford was embedded in his heart. Dave attended the University of Mississippi where he was a member of Sigma Chi Fraternity. He graduated in 1972 with honors and enrolled in medical school at the University of Mississippi Medical Center. Dave and Lynn were married at St. Peter’s Episcopal Church in 1973.

After graduating medical school and completing his internal medicine internship, Dave served in the U.S. Army, 24th Infantry, as a brigade surgeon. As a captain in the U.S. Army, Dave received the Army Medal of Commendation for his medical acumen and management of medical staff. Upon leaving the U.S. Army, Dave completed a fellowship in cardiology. He accepted a position at the VA Hospital in Jackson, Mississippi, as a staff cardiologist and also served as an assistant professor at the University of Mississippi Medical Center.

In 1984, Dave accepted a position in Meridian, Mississippi, where he spent the next thirty-seven years working on staff at Anderson Regional Medical Center and in private practice with Meridian Medical Associates. Dave worked diligently to bring invasive cardiology to the community that became his home. He served as Chief of Staff for Anderson Regional Medical Center in 2016, and, at the time of his death, was serving as Medical Director for Anderson’s Cardiac Rehabilitation Program. He was universally beloved by his patients for, among many other traits, his unwavering commitment to tell the truth no matter the circumstances.

When he wasn’t at the hospital, Dave was a devoted husband, father, grandfather, and member of Northwood Country Club. If he wasn’t on the golf course, you could find him in the card room with the friends who were more like brothers. In recent years, he walked the golf course every morning with his beloved Labrador retriever, Jake. He regularly attended Ole Miss football, basketball, and baseball games, a devotion he passed on to his eldest grandchildren. He loved the ideal of Oxford, his original home and the home of the team he loved so dearly.

Dave was preceded in death by his father, Austin Russell, his mother, Ruby Pritchard Russell, and his brother, Robert Pritchard Russell. He is survived by his loving wife of forty-seven years, Lynn, his sons, David (Kristen), Danny (Anna Kathryn), and his daughter, Jennifer (Clay). He shared his love of all things Ole Miss with his grandsons (Russell, Patrick, and Parker) and was just getting started with his granddaughter (Emma Katherine).

His family would like to thank the medical staff at Anderson Regional Medical Center for the compassionate care Dave received over the last few weeks. His close friends know who they are and how much they have meant during this trying time. In lieu of flowers, Dave would have wanted donations to be made to the University of Mississippi Foundation, P.O. Box 1519, Oxford, MS 38655 or St. Paul’s Episcopal Church, 1116 23rd Avenue, Meridian, MS 39301.

Dave will be buried in a private family service in Oxford, Mississippi. Additional arrangements will be announced at a later date.

For additional information or to leave an online condolence, please call 662.234.7971 or visit www.wallerfuneralhome.com .